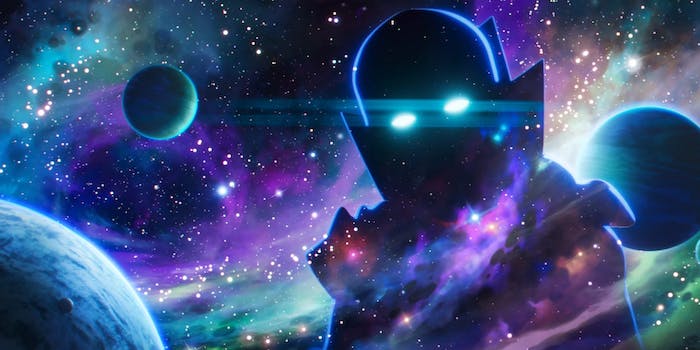 Who is Uatu, the ‘Watcher’ and narrator of Marvel’s ‘What If…?’

Voiced by Jeffrey Wright, this Marvel Comics character narrates the new Disney+ anthology series 'What If...?'

What If…? is something of a departure for the MCU: The franchise’s first fully canonical animated series, and its first real foray into alternate timelines. Based on Marvel’s long-running What If comics, it explores a different alternate-universe scenario in each episode. And like the iconic anthology series The Twilight Zone, each episode is introduced by an all-knowing narrator, a Watcher named Uatu.

Voiced by character actor Jeffrey Wright, Uatu is a looming, godlike presence who watches events as they unfold. While his main role is to voice the introduction to each episode, he does occasionally appear on-screen, echoing the role of the Watchers in certain Marvel comics.

Uatu and the Watchers of Marvel Comics

Created by Marvel icons Stan Lee and Jack Kirby, the Watchers are an ancient race of humanoid (but not human-like) aliens. They have a strict policy of non-interference (think Star Trek‘s Prime Directive) and are most likely to appear in epic, spacefaring Marvel storylines—not the street-level adventures of Spider-Man or Daredevil. They’re easy to recognize on sight: a gigantic, bald, big-headed alien wearing a toga and high-collared cape.

Uatu made his first appearance in the early Fantastic Four comics of the 1960s, beginning a role that would continue for decades. As the Watcher who overseas Earth (and its various alternate dimensions), Uatu is the most prominent Watcher character. He’s also kind of a rebel compared to his compatriots, occasionally bending the rules to intervene on behalf of Earth’s heroes.

Uatu’s immense power and wisdom make him an obvious choice to play a supporting role in other people’s stories, but Watchers aren’t well-suited to being emotionally engaging protagonists. His most sophisticated storyline is probably 2014’s Original Sin arc—which is actually about the murder of Uatu, but don’t worry, he gets better. More importantly for his role in the MCU, Uatu is the “host” of Marvel’s earliest What If comics.

Uatu’s role in the Disney+ What If…? series raises an obvious question: Will he break the fourth wall and interact with the characters he observes? In the three episodes previewed by critics, Uatu plays a purely expository role, explaining the concept behind each episode in a voiceover. However, he is still an in-universe character, unlike Rod Serling’s omniscient host role in The Twilight Zone.

The Watchers have already appeared in the MCU, receiving a brief cameo alongside Stan Lee in Guardians of the Galaxy 2. This was just an Easter egg for fans of the comics, but it solidifies the idea of the Watchers as a tangible presence —not just a framing device for the stories in What If…? Considering Uatu’s role in the comics, it seems likely that he’ll interfere with one of those stories somewhere down the line.