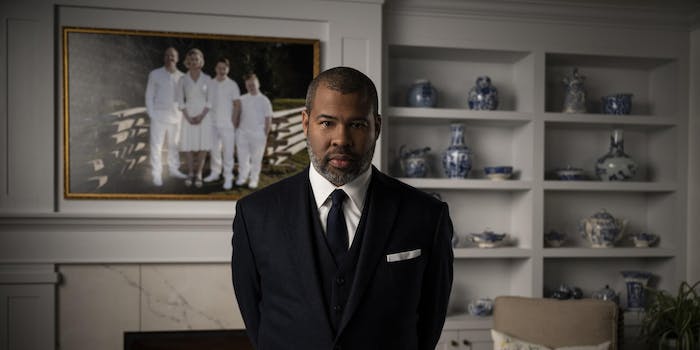 This star-studded sci-fi/horror anthology has a lot of fun with its material.

Jordan Peele‘s Twilight Zone reboot returns in style, a sci-fi/fantasy/horror anthology that achieves a timeless, retro atmosphere while avoiding outdated politics. Each standalone episode comes from a different creative team and cast, an enticing roster including horror filmmaker Ana Lily Amirpour, a raft of well-known TV actors like Morena Baccarin, Christopher Meloni and Billy Porter, and of course showrunner/presenter Jordan Peele. For review purposes, I was given three of the season’s 10 episodes, which may or may not be a representative sample. With a show like this, who knows! None were quite as punchy as last year’s standout episode “Replay” (a time-travel thriller about a Black woman trying to protect her son from police brutality), but they’re more than enough to recommend this as another great season.

RELEASE DATE: June 25, 2020
CREATORS: Simon Kinberg, Jordan Peele, and Marco Ramirez
STREAMING: CBS All Access
Curated and hosted by Jordan Peele (‘Get Out’), the new Twilight Zone reflects the tone of the original show, but with a more diverse cast and creative team. Featuring a roster of well-known actors, season 2 is satisfyingly spooky and twisted, with a wry sense of humor.
Advertisement Hide

It’s always a delight to see Peele deliver those straight-to-camera introductory monologues, a mocking omniscient narrator to the tribulations of each new protagonist. (“Possessions have weight, and we can’t carry them all at the same time. Especially when taking an unscheduled trip… into the Twilight Zone.”) Sometimes there’s a moral to the story, but for the most part these characters are unpleasant, venal, or just plain unlucky, finishing with Peele lowering them into their narrative grave with a poetic twist on “That’s messed up, huh?” Happy endings are rare, while comeuppance is a recurring theme.

The Twilight Zone loves a twist ending, so I’ll avoid spoilers. The episodes I saw ranged from old-school sci-fi to warped romantic comedy, beginning with Jimmi Simpson (Westworld) playing to type as a neurotic incel in “Meet in the Middle.” During a disastrous first date, he starts hearing a voice in his head (Gillian Jacobs). Over the next few days he strikes up a psychic friendship with this mysterious woman; a nailbitingly cringeworthy dynamic that evolves into him basically dating an invisible friend. Is she even real? And if she is, why is she interested in this blatantly unappealing guy? Written by Emily C. Chang & Sarah Amini and directed by Mathias Herndl, it’s a fun (if slightly obvious commentary on gender roles and long-distance relationships, anchored by a compellingly creepy performance from Simpson.

Next up we have “The Who of You,” written and directed by Peele’s longtime collaborators Peter Atencio and Win Rosenfeld. It’s slightly surprising to see two of the three review episodes revolve around unlikeably white guys; in this case an out-of-work actor (Ethan Embry) who discovers he has a body-swapping superpower. Co-starring Billy Porter and Daniel Sunjata, this is the least spooky of the three, slotting into The Twilight Zone’s fondness for stories that could easily have come from a vintage sci-fi pulp magazine. Not as grotesque as last season’s parable starring Kumail Nanjiani as a self-absorbed comedian, but still an entertaining use of an age-old trope.

My strongest recommendation is “You Might Also Like,” written and directed by actor/filmmaker Osgood Perkins. Set in a pristine suburb (a popular location for American horror stories, and the original 1960s Twilight Zone specifically), it stars Gretchen Mol as an athleisurewear-clad housewife waiting to pick up a mysterious product called “The Egg.” Riffing on a familiar critique of American consumerism, this story combines a perky humor with a surreal aesthetic and some genuinely dark subject-matter. The always-entertaining Greta Lee (Russian Doll) co-stars as the heroine’s neighbor, a vacuous suburbanite who also craves an Egg. But what is an Egg, you may ask? Good question.

It seems unfair that Black Mirror has a higher profile than Jordan Peele’s Twilight Zone (two iconic names!), but that’s how the cookie crumbles for shows airing on CBS All Access. It’s the same reason why The Good Fight isn’t trumpeted from the rooftops as the best political drama on American TV. But if you are an All Access subscriber, The Twilight Zone is thoroughly reliable viewing. I’m yet to see a bad episode. Curating a diverse roster of stories and storytellers, Peele has a precise understanding of what a Twilight Zone episode should be: dark and funny and weird, valuing psychological twists over edgy horror.

The Twilight Zone season 2 is now streaming on CBS All Access.