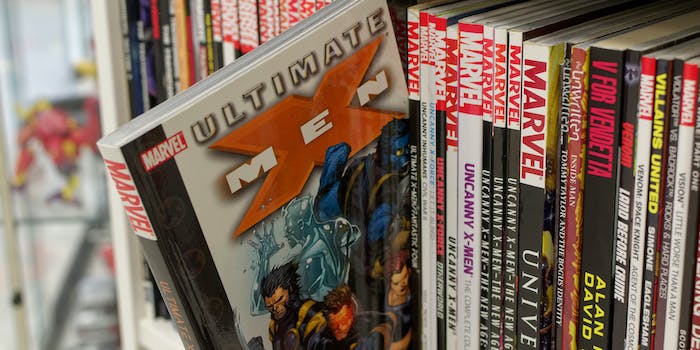 Marvel Comics is getting a new distributor

It's another huge departure for Marvel's former distributor.

For decades, Marvel, like many comics publishers, has relied on a single company to distribute comics. But, as DC Comics did last year, Marvel is now turning to another publisher to get its comics out to comic book stores.

Marvel announced Thursday that it signed a multi-year, exclusive deal with Penguin Random House Publisher Services (PRHPS), which is part of the book publishing giant Penguin Random House, to distribute both new and backlisted comics, trades, and graphic novels. Diamond Comics Distributors currently handles Marvel Comics’ distribution to comic book stores and had done so since 1997.

“Marvel’s entire history is built on telling great stories. And as we’ve seen for decades, those stories go hand in hand with equipping the comic shops who share them. Marvel and Penguin Random House stand by that vision, and we are excited to build and expand those opportunities for our talent, retailers, and fans,” Dan Buckley, President of Marvel Entertainment, said in Marvel’s press release. “Comics are the core of the Marvel Universe, and we are confident this new partnership will continue to grow and evolve this resilient industry. We look forward to advancing our capabilities with PRHPS to serve our fans and the Direct Market. We thank Diamond for their many years of support and partnership as we continue our relationship with them in other areas.”

While Marvel’s distribution plan for graphic novels and trades to bookstores won’t change (it’s handled through Hachette Book Group), retailers will now have the option of ordering comics through PRHPS or using Diamond, which would basically act as a middleman to order titles via PRHPS.

Marvel is still planning to release new comics on Wednesdays.

In a statement (via Comicsbeat), Diamond president Steve Geppi has responded to Marvel moving away from Diamond for its comics distribution, noting that Marvel’s announcement is akin to insider baseball and that it ultimately won’t affect comics getting to customers.

“We value our almost 40-year relationship with Marvel and are pleased that we will continue selling Marvel products to the Direct Market and other channels,” Geppi said. “The change Marvel announced today represents a behind-the-scenes shift in how Diamond interacts with Marvel for certain products, but does not impact our ability to supply our customers with Marvel comics, trades, and graphic novels.”

For most people who buy comics, trades, and graphic novels from comic book shops, this might mean nothing. But many regular comics readers suddenly became aware of the near-monopoly that Diamond held on the comics industry when it temporarily shut down during the early days of the COVID-19 pandemic. The move, which occurred last March, essentially caused nearly the entire comics industry—on top of formerly distributing Marvel and DC Comics, Diamond also distributed comics from Image, Dark Horse, and IDW Publishing—to come to a grinding halt.