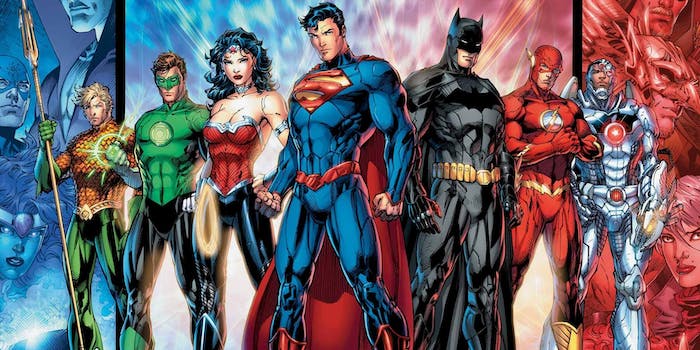 DC Comics ends its relationship with its main distributor

DC and Diamond had a 25-year exclusive relationship.

DC Comics is ending its relationship with Diamond Comics Distributors, the biggest comics distributor in the U.S.

The announcement first came in an email sent to retailers on Friday, where DC explained that Diamond would fulfill orders through June 1 while newer companies like Lunar Distribution and UCS Comic Distributors would handle regular comic distribution while Penguin Random House would release DC books.

“We recognize that, to many of you, this may seem like a momentous decision,” the email stated. “However, we can assure you that this change in DC’s distribution plans has not been made lightly and follows a long period of thought and consideration. The change of direction is in line with DC’s overall strategic vision intended to improve the health of, and strengthen, the Direct Market as well as grow the number of fans who read comics worldwide.”

Diamond essentially has a monopoly on distribution within the comics industry, which handles sending out new comics to comic book stores; many of DC’s biggest rivals, which include Marvel, Image Comics, and Dark Horse Comics, are also distributed by Diamond. Diamond is so pervasive throughout comics that when Diamond temporarily shut down due to the coronavirus, it practically shut down the entire comics industry.

DC and Diamond had a 25-year exclusive relationship with one another, but as the COVID-19 pandemic and Diamond’s shutdown continued, DC announced that it would look into other distribution models. It ultimately started releasing new comics on April 28, nearly a month before Marvel would return to releasing comics.

“After 25 years, DC and Diamond Comic Distributors are ending their long-standing relationship, a DC Comics spokesperson told The Hollywood Reporter. “Moving forward, comic book retailers can obtain their DC books from Penguin Random House, or their books and periodicals through Lunar or UCS comic book distributors. DC continues to be committed to providing the Direct Market with best in class service and the fans with the world’s greatest comic books.”