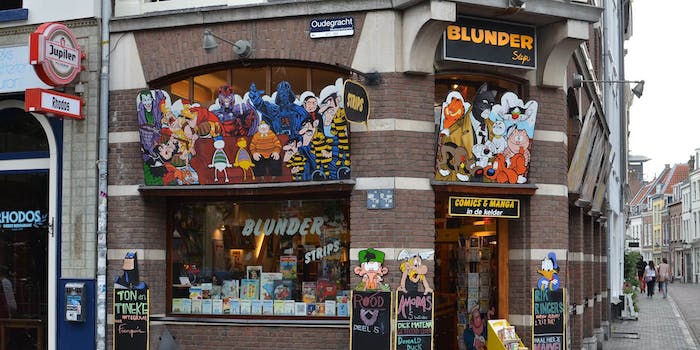 This could spell the end of the comic book industry as we know it.

Diamond Comics Distributors, the company that controls distribution for every major comic book publisher in the U.S., just shut down amid the COVID-19 pandemic.

The comics industry works very differently from prose book publishing. Without Diamond, publishers like Marvel and DC can’t send new issues to comic book stores. This is basically a shutdown of the whole supply chain, although graphic novels and indie comics (for instance, comics published via Kickstarter or with small presses that don’t work with Diamond) may not be affected. Like with other retail supply lines, there’s a two-way problem: Comic book stores are suffering due to a lack of customers, meaning there’s less demand for Diamond to stay afloat. In turn, the stores that are still doing business will no longer receive new stock. Diamond’s founder Steve Geppi shared a statement about the shutdown, confirming that the supply chain simply can’t function under current conditions.

“Our freight networks are feeling the strain and are already experiencing delays, while our distribution centers in New York, California, and Pennsylvania were all closed late last week. Our own home office in Maryland instituted a work from home policy, and experts say that we can expect further closures. Therefore, my only logical conclusion is to cease the distribution of new weekly product.”

The statement also includes an optimistic note about “our shared path forward” for the comics industry, reminding retailers that they can still sell existing stock, and now might be a good time for special events and online sales while customers look for a distraction during the pandemic. But there are obvious concerns that the industry may not survive in its current form.

The “direct market“—where serialized comics live and die based on pre-sales at specialty comic stores—has long been criticized for its inaccessibility to new readers, and its monopoly over the industry as a whole. At the same time, comic book stores have a symbiotic relationship with Diamond, and no one wants their local indie store to close down. These stores are community hubs for comic book fans, and they’re exactly the kind of independent retailer that will suffer hugely from a few weeks of closure, never mind a months-long economic downturn where people stop visiting brick-and-mortar stores. If Diamond doesn’t recover—or if publishers don’t figure out an alternative way to ship their comics nationwide—then this could be the end of the American comics industry as we know it, with publishers shifting to a more digital-focused model for monthly issues.