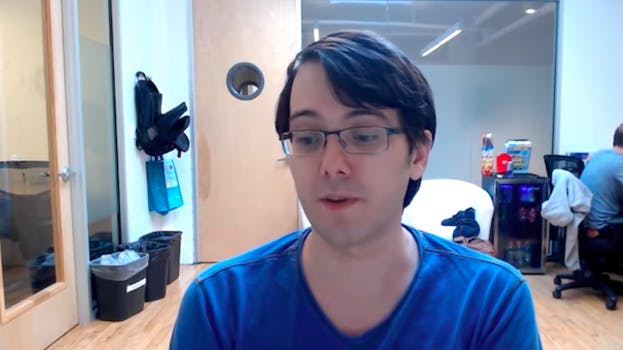 Martin Shkreli is being held until sentencing.

A shitpost on Facebook has landed Martin Shkreli back in federal custody.

Late last week, the controversial pharmaceutical CEO made an appeal to his supporters: Someone steal some hair from Hillary Clinton while she’s on her book tour, and he’ll pay them $5,000. Shkreli said he wanted to DNA test it to link the Clinton Foundation to possible crimes (or, as he said later in an interview, to see if Clinton’s a lizard).

You know, perfectly normal things. Except Shkreli was out on bond while awaiting sentencing for his fraud conviction, and advocating/inciting his followers to commit a crime is a crime. Prosecutors requested his $5 million bail be revoked, and after a judge agreed, Shkreli returned to federal custody in Brooklyn.

“That is a solicitation to assault in exchange for money that is not protected by the First Amendment,” Judge Kiyo A. Matsumoto said in her decision.

Shkreli was scheduled to be sentenced on Jan. 16, 2018 on three counts of fraud stemming from his management of a hedge fund, and now he will likely remain in federal custody until then.

In his Facebook post, Shkreli offered his followers $5,000 for a sample of Clinton’s hair, which prosecutors said showed an “escalating pattern of threats and harassment.”

Shkreli’s lawyer, Benjamin Brafman, argued that, while Shkreli was being dumb with his actions on social media, it wasn’t an incitement to violence.

Shkreli had claimed after the fact that his post was satire, but he followed it up with another request.

“$5,000 but the hair has to include a follicle. Do not assault anyone for any reason ever (LOLIBERALS).”

“What’s funny about that,” Matsumoto responded.