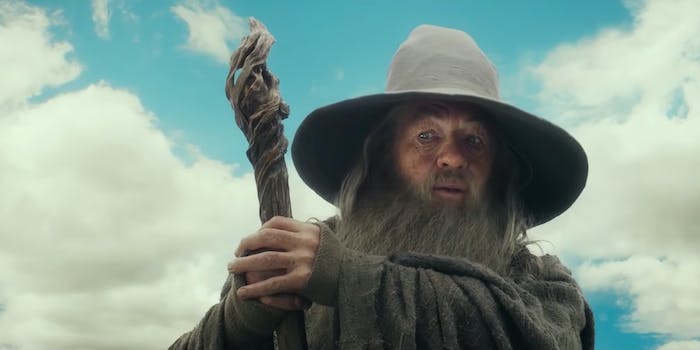 They want to buy the house and turn it into a literary center to celebrate the author.

A home that once belonged to a literary great is up for sale, and several alumni from The Lord of the Rings and The Hobbit want your help to buy it.

While fans have been able to visit filming locations for Lord of the Rings in New Zealand for years, there hasn’t been a central location celebrating author J.R.R. Tolkien. Project Northmoor, which wants to purchase 20 Northmoor Road in Oxford, England, is trying to change that. The house, which Tolkien purchased in 1930 and lived in for 17 years, isn’t just a former residence of the famed author and Oxford University professor. It’s also the location where he wrote much of The Hobbit and The Lord of the Rings, the books that would become a defining work of fantasy for generations. (At one point, the home also hosted his good friend, fellow author C.S. Lewis.)

Project Northmoor launched on Wednesday, and it recruited Ian McKellen, John Rhys-Davies, Martin Freeman, Annie Lennox, and more to argue for why it was vital to preserve the house into something that future generations could visit and learn from.

“This is just an opportunity that can’t be ignored,” Rhys-Davies told People. “If people are still reading in 1,000 years, Tolkien will be regarded as one of the great myth-makers of Britain and it will be evident within a matter of years that not to secure this place would have been such an act of arrogance and ignorance and folly on our part.”

Project Northmoor is trying to raise £4 million (around $5.4 million) to purchase the home, which has changed hands multiple times since Tolkien last lived there. Subsequent funds would be used to renovate the house and garden, establishing funds to help people from low-income backgrounds to visit the home, and building a Hobbit house in the garden. Anyone who donates over $25 will get their name placed in a book that will reside in Tolkien’s study, and the more you donate, the more benefits you could receive. But the project advocates also urge people to only donate if it’s financially feasible for them.

As the FAQ page explained, Tolkien’s home can’t really become a full-fledged museum because “Local planning rules mean that the house has to remain a residential property and we also want to be good neighbours in what is a peaceful residential street.” The goal of Project Northmoor is to turn the home into a literary center that will host creative courses and retreats for writers and Tolkien aficionados while people will also be able to book short stays that could ultimately spark the next generation of writers.