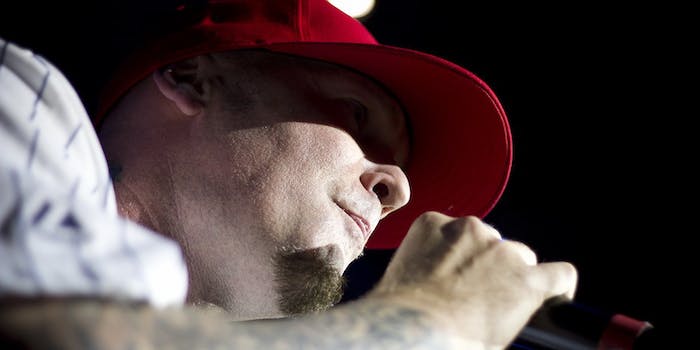 Don't forget to pack your bongs.

Limp Bizkit hasn’t released an album since 2011 and probably hasn’t been relevant to nü-metal music lovers since the 2000 album Chocolate Starfish and the Hot Dog Flavored Water, but that doesn’t mean the band’s fans can’t still get burned on 4/20.

Some enterprising soul(s) got the crappy “Faith”-cover-loving citizens of southwest Ohio all hyped by announcing that the Fred Durst-led quartet would play a Sunoco gas station in Dayton on Wednesday to celebrate National Weed Day. Witness this fake tweet.

Unfortunately for Limp Bizkit fans in the area (and fortunately for everyone else with ears), the Dayton Police Department was quick to put the kibosh on all the potential Nookie set to happen at the Sunoco.

It's 4/20. Remember to leave milk and cookies out for Willie Nelson.

OK, so maybe none of those events are actually based in reality. But it’s not all bad. Wednesday is still 4/20, and Durst recently made another very exciting announcement.

LIMP BIZKIT merch will be available online, FOR THE FIRST TIME, very soon.