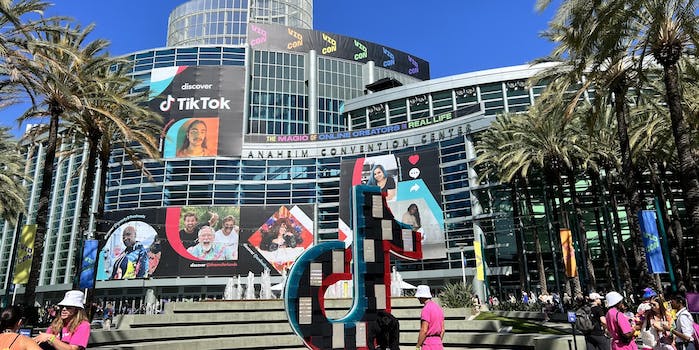 ‘It’s a personal choice for me to not want to explain or not want to educate’: LGBTQ+ creators on interactions with fans and more

Representation in media has been a long conversation between creators and the powers that be, arguing for more inclusive diversity in different forms of media. At VidCon, a group of LGBTQ+ creators—Cristian Dennis, V Spehar (@UnderTheDeskNews), Josh Helfgott, MacDoesIt, and Miguel F Pena—sat on a panel that was moderated by Stephanie Allen, vice president of partnerships at Laylo.

During the panel, audience members heard from creators about why representation matters, how it impacts their audiences online, and what it means to be an LGBTQ+ creator in this day and age.

Dennis—who is a queer Black TikTok creator who makes dancing and makeup content—said that the first time he felt he saw representation online was watching YouTubers like GloZell and Jackie Aina, they informed the way he ended up making content in the future with his comedic videos along with his makeup content. Watching RuPaul’s Drag Race helped him “find new ways to express himself.” Spehar of UnderTheDeskNews noted that on straight panels, the speakers are never asked about feeling represented—that only happens on panels focused on the LGBTQ+ community and diversity at large. “I think a better question that we should ask ourselves is, is there enough opportunity for queer creators and I would say no,” they said. “I would say there have not enough platforms that have been created,  there has not enough opportunity that’s been created.”

Allen then asked Pena, a trans influencer, about correcting a fan of his on TikTok after they asked how he identified. Allen asked how much of that responsibility falls on the creators to do that sort of labor. “I don’t want to speak for every creator and I also think it’s really important to not put that pressure on the creator because, at the end of the day, we’re all people,” he responded, “As much as we are a representation for the community and as much as that might make us feel proud or make us feel empowered, it’s a personal choice for me to not want to explain or not want to educate.”

The panel moved on to talking about labels, which Spehar and Helfgott both spoke about, and the pros and cons of them. “If a label helps you feel like you know yourself better, helps you love yourself more then that label is good for you,” Helfgott said, “The danger of labels beyond what everyone said… is so true when people weaponize them against you.” He went on to speak about the misconceptions of certain labels and how that is harmful.