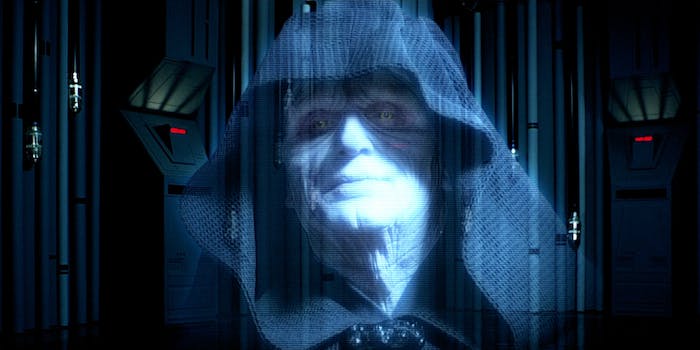 After co-creating the hit Netflix series Russian Doll, writer/producer Leslye Headland is now working on a new Star Wars series at Disney+. The Acolyte is an intriguing project, partly because it’s based around a less-explored area of Star Wars canon: a thriller set during the High Republic era, long before the main events of the Skywalker Saga. It’s basically the opposite of Disney’s nostalgic spinoffs for beloved characters like Boba Fett and Obi-Wan Kenobi.

Further details are still under wraps, but a new AV Club interview shed some light on Headland’s attitude to the franchise—and it sounds like she’s very invested in Star Wars‘ political side.

“When I do go on social media,” said Headland, “The feedback is ‘Don’t make Star Wars political,’ I’m like, ‘George Lucas made it political. Those are political films.’ War is, by nature, political.” When speaking about the original trilogy, she emphasized the importance of Lucas’s political outlook alongside his artistic influences. After all, the original movies are full of political allegories, most obviously the fascist imagery of the Empire.

The role of political storytelling is constantly debated within Star Wars fandom. While the films were always explicitly political, some fans always accuse new installments of “politicizing” what they see as a straightforward sci-fi franchise—an argument that often goes hand-in-hand with sexist and racist backlash. Headland seems well aware of what she’s getting into in this regard, which seems like a good fit for The Acolyte‘s role in the Star Wars timeline. While shows like The Mandalorian, The Bad Batch, and The Book of Boba Fett call back to familiar stories, The Acolyte will cover fresh territory. (It sounds like it will also include queer characters, with Headland speaking about her personal investment in queer representation as a gay woman.)

Tying in with the idea of Star Wars fandom having a variety of views on canon, Headland staffed her writers’ room with a range of different perspectives. Some are Star Wars aficionados, but at least one was completely unfamiliar with the franchise. This is the kind of creative choice that inevitably provokes criticism from conservative Star Wars purists, but it’s kind of refreshing to hear alongside to the lore-obsessed tone of some recent spinoffs. Comparing herself to Captain Picard in Star Trek – a leader who listens to the expertise of his crew – Headland said that as a showrunner, she likes to hear “the debates and the sort of Socratic conversation” that emerge from having a diverse range of viewpoints in the room.