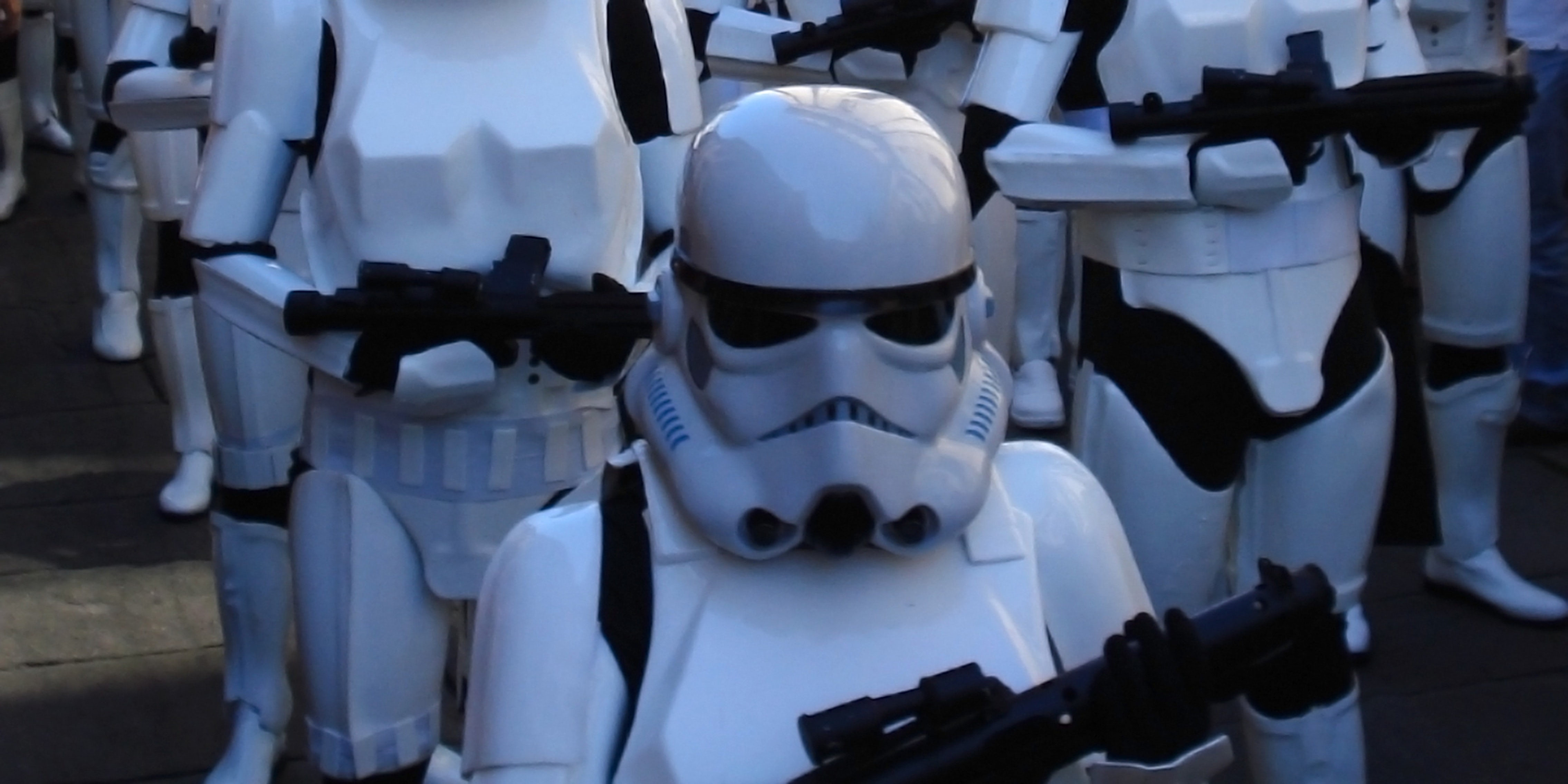 The racist #BlackStormtrooper backlash shows the dark side of geek culture

The Internet freaked about about a diverse Star Wars, but not in the way you might have hoped.

There is a deeper lesson to be learned by the racist backlash against the casting of John Boyega as a major character in Star Wars: The Force Awakens. It’s cliché these days to point out that “geek is chic,” but 2014 may be remembered as a turning point for the nerd subculture once associated with social marginalization—namely, the year in which it was held accountable for its own dark side.

The Boyega controversy began after the British actor experienced racist backlash following the premiere of the new Star Wars teaser trailer. Soon there was even a Twitter hashtag, #blackstormtrooper, that went viral. Yesterday Boyega posted a brief Instagram message for anyone who had a problem with his race: “Get used to it.”

“Seeing as these folks of stone-aged opinions have about as much creative control as they do sense,” wrote Neil Miller of Film School Rejects in praising Boyega’s post, “it’s usually not worth even talking about their gripes.” Echoing Miller’s sentiments for Boyega, Sarah Gray of Salon characterized the racist response as “negative, and rather despicable,” noting that “there’s still a raging comment war at the YouTube video.”

Alyssa Rosenberg of the Washington Post actually embraced the implications of a black stormtrooper within the Star Wars universe. “Whether he was cooked up in the lab or joined the Imperial Navy of his own volition,” Rosenberg wrote, “Boyega’s character is one of our first chances to see why an individual might join the Imperial Navy at the rank and file level—and why he might leave.” More pessimistically, Trent Clark of Hip-Hop Wired wrote that “given the current racial divide this country is now facing, it is hardly surprising that new Star Wars actor John Boyega is getting racist blowback.”

While Clark is correct in identifying a serious racial divide in our country, his comment only captures part of the picture. Over the past few months, the news has increasingly covered disturbingly virulent and nasty racism and misogyny in various sections of the nerd subculture that have gone mainstream. Last month, rabid fans of Robert Pattinson—best known for depicting Edward Cullen in the Twilight film series—viciously attacked the actor’s new girlfriend, singer FKA Twigs. Marvel Comics experienced similar backlash when they decided to have the mantle of Thor (passed on through his hammer, Mjolnir) get taken up by a woman.

And, of course, there is the ongoing hubbub known as Gamergate, an outpouring of harassment against women in the video gaming community that prompted a special New York Times report on sexism in technology.

There has no doubt been bigotry among nerds since before geek culture became “in,” but now that nerds are mainstream, more attention is paid to these behaviors when they bubble up to the surface. “Never before has the boundary between geek culture and mainstream culture been so porous,” wrote Noam Cohen of The New York Times in a September article on the cultural cache of tech-based nerdiness.

Cohen’s article included this telling quote from David Goetesch, a co-executive producer of The Big Bang Theory. Addressing the what makes someone a “geek,” Goetesch observed that “growing up, pre-Internet, possession of knowledge was such an identifier.” However, Goetesch argues, “That is no longer true; the Internet flattens things out.”

There is a thought experiment that best illustrates this point. While it’s certain that there were racist Star Wars fans who complained when Billy Dee Williams appeared in The Empire Strikes Back, or misogynists upset at Sigourney Weaver’s transition from Final Girl to bona fide action hero in Aliens, neither of those outbursts (if they occurred in any meaningful way) would have made national news.

Those movies may have been popular with mass audiences, but there wasn’t nearly as much cache attached to developing a “geek” level of interest in either the fictional narratives they created or the technological creativity implied both. After all, they were released in the 1980s; by contrast, Gamergate made the cover of Time, while stories like Boyega’s make headlines practically as soon as they occur.

This isn’t to say that nerds are an inherently intolerant lot. As I’ve written before, classic TV shows like The Twilight Zone are beloved in part for breaking new ground in pioneering social commentary on mainstream televised programming. One story that is particularly beloved among geek circles is how William Shatner and the writers of Star Trek helped break the color line by having an interracial kiss between Captain Kirk and Lieutenant Uhura (played by Nichelle Nicholls). It’s a great story that speaks to the best not only among nerds, but human beings in general.

That said, it’s perhaps fitting to close this article with an anecdote from a lesser-known (and in my opinion superior) Star Trek episode, this one from the Deep Space Nine series. Titled “Far Beyond the Stars,” it imagines an alternate universe in which the crew of the titular spaceship worked as writers for a 1950s science-fiction anthology magazine. Because Captain Ben Sisko (Benny Russell in this episode) is black, both he and Kira Neyres (a woman) are told to keep a low profile and conceal their race and gender (respectively), so as to not offend their readers.

“If the world’s not ready for a woman writer, imagine what would happen if it learned about a Negro with a typewriter,” remarks one of the writers (played by Armin Shimerman, best known as Quark). “Run for the hills! It’s the end of civilization.”

While much progress has been made in fighting this attitude, it’s clear that there are many in the nerd community who do indeed run for the hills—or, more precisely, for their keyboards—when they see race and gender privilege challenged within their subcommunities. The good news is that, whether they like it or not, they’ll ultimately have no choice but to do exactly as Boyega suggested: “Get used to it.”