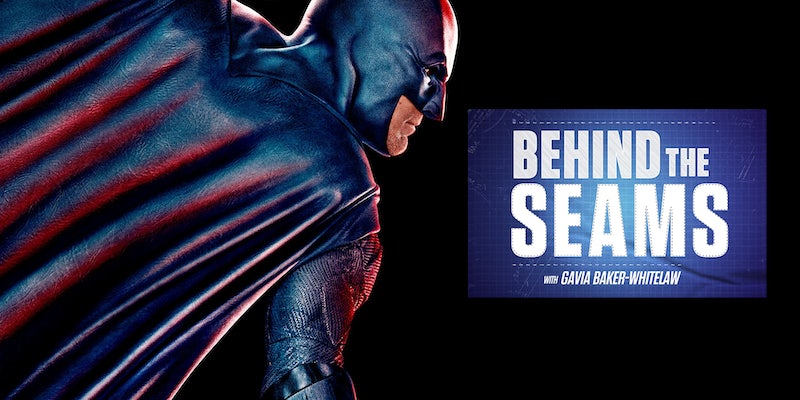 The bizarre history of the Batsuit

From 1943 to the present day, we explore the fascinating evolution of the Batsuit.

Batman has one of the most iconic superhero costumes on film. But unlike his closest competitor Superman, he’s gone through several major makeovers since his screen debut in 1943. Through nine decades of live-action adaptations, the Batsuit evolved from cartoonish and campy to gothic and grim. This video delves into that fascinating history—with insight into the filmmakers who put their stamp on the franchise.

Back in the 1960s, the Caped Crusader was a self-aware punchline, wearing a garish outfit that resembled a Halloween costume. But when Tim Burton took over the franchise in 1989, Michael Keaton’s Batman launched the modern era of adult-oriented superhero movies. He reintroduced Bruce Wayne as the gothic hero of a stylized, noir-influenced crime drama. Then the ’90s welcomed an era of homoerotic MTV glamour (yes, with visible bat-nipples!), followed by the gritty realism of the Dark Knight trilogy. And finally, we have Zack Snyder‘s high-octane CGI action, leading into the enigmatic future of Robert Pattinson’s Batman.

The Batsuit is more than just a costume. Its evolution tells us a lot about Hollywood’s view of masculinity and heroism, along with the shifting attitudes toward Batman himself. Is he a violent action hero? An angsty noir detective? A wholesome hero for kids? Is he sexy, and if so, what kind of sex appeal is he allowed to have? There’s a lot to chew on here, just like in every episode of Behind the Seams, our new YouTube series about costume design. Click here to subscribe!