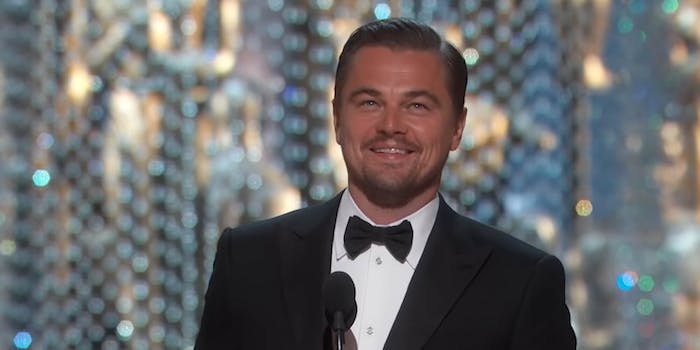 Leonardo DiCaprio was spotted at a Joe Biden fundraiser

Biden apparently joked about his wife Jill running interference on an animal rights activist on Tuesday night, and stressed the importance of this election, stating that if Trump is “elected to four more years, I promise you we will see this society change in a fundamental way for at least a generation or two.”

DiCaprio, who has a whole foundation devoted to climate change and the environment, hasn’t publicly endorsed Biden, but the news of his attendance did strike some as odd given Biden’s spotty record on environmental issues. Key, however, seems all in.