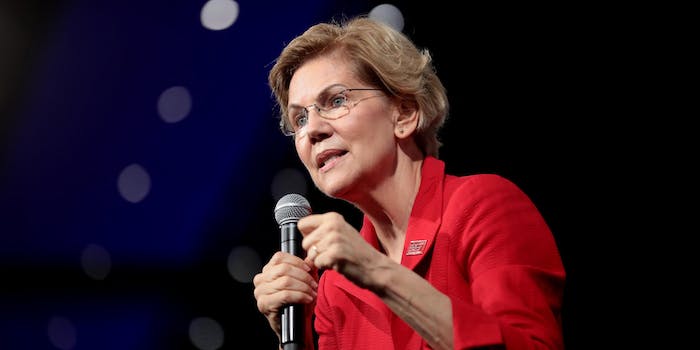 Elizabeth Warren drops out of 2020 race

Warren's campaign was marked by a number of detailed plans she released covering how she hoped to roll out a progressive agenda.

Sen. Elizabeth Warren (D-Mass.) is dropping out of the 2020 Democratic presidential race.

Warren’s exit comes after a disappointing showing on Super Tuesday, including a loss in her home state of Massachusetts.

Warren’s campaign was marked by a number of detailed plans that she released covering how she hoped to roll out a progressive agenda if elected, which got waves of coverage in the spring.

The New York Times reports that Warren is informing her staff today about her plan to drop out. NBC News also reported on Warren’s decision to drop out.

Warren’s exit from the race comes as a number of other 2020 hopefuls have bowed out, including Pete Buttigieg, Sen. Amy Klobuchar (D-Minn.), and billionaire Michael Bloomberg.

In recent weeks, Warren directly attacked Bloomberg on a number of topics including nondisclosure agreements signed by his employees to stop them from discussing allegations of sexual harassment at his company.