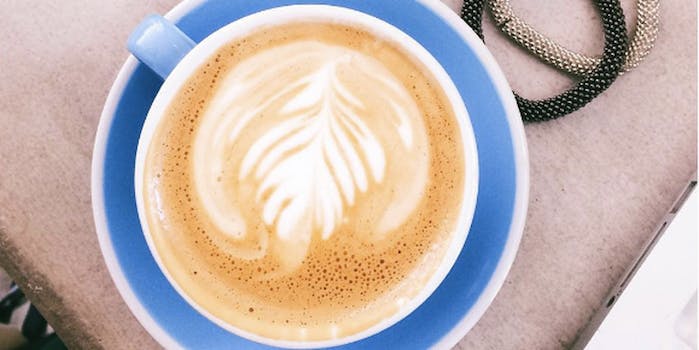 photo via lark and olive/Instagram

Love ‘em or loathe ‘em, there’s something undeniably hypnotic about lifestyle blogs. Filled with pastel colors, carefully arranged wildflower bouquets, and cloyingly sweet musings on slowing down to enjoy the day, at first glance Lark and Olive resembles any other lifestyle blog.

“A lot of my friends thought it was a genuine blog. They’re like, ‘Is it real?’” comedian and contributor Alyssa Limperis told the Daily Dot.

That’s because Lark and Olive is infused with subtle humor. A loving parody of the lifestyle blogs so many of us profess to hate but binge-read in private, the blog is the brain-child of Limperis as well as comedians Kady Ruth Ashcraft and Jenny Nelson, both of whom openly express their love for lifestyle blogs.

“We all read Cup of Jo,” confessed Ashcraft.

“It’s like idyllic,” said Limperis. “This is a treat. Like there are people who go through life this way? Even for 10 minutes I want to live in that alternate reality where I’m just looking at cupcakes and sweaters.”

Both inspired and bemused by their source material, the team at Lark and Olive have set out to create a uniquely feminine brand of humor. 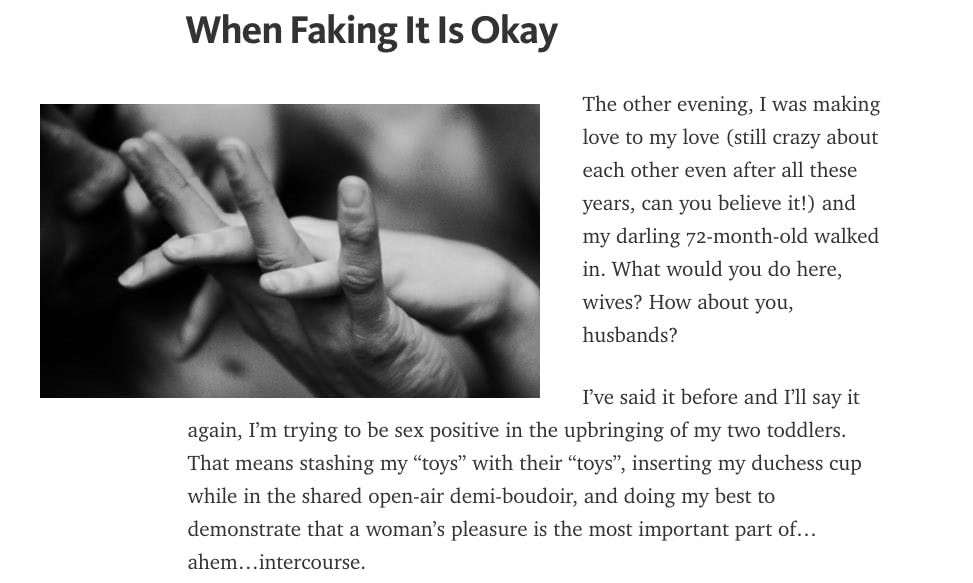 Nelson explained, “[These blogs are] so earnest and gentle and they’re really trying. I’m really interested in being gentle with comedy—using a very soft, gentle, sweet and more feminine approach. And that can be funny, too. It doesn’t have to hit you over the head.”

Nelson and Ashcraft met while working at Funny or Die, where their softer style wasn’t always appreciated. “We were the only two female writers for a while and we were frustrated that our sense of humor wasn’t seen as aggressive enough,” explained Ashcraft.

“There was that article about Obama’s female staffers speaking up for each other and when women are talking in pitch rooms they are often spoken over so Kady Ruth and I definitely did that for each other—just speaking up and backing each other’s ideas. A lot of our ideas were more woman-oriented. So it’s really nice doing this softer kind of stuff and being our own boss, girl bosses,” said Nelson.

The joyful results can be seen on Lark and Olive’s Instagram account, which showcases pictures of girly things that bring the trio joy.

For those craving a lovingly crafted reading experience, the Lark and Olive’s Medium-based blog delves deeper into the magical and absurd world of an imagined lifestyle blogger.

A post Limperis wrote called “Let (Some of) Them Eat Cupcakes,” for example, starts innocently enough as a reflection on baking cupcakes for a fictional class of children.

By the end of the post, however, the imagined mother has baked 7 cupcakes for a class of 32.

I made 7 beautiful cupcakes. Every student in my son’s class will not get one. Most won’t. But I got an extra hour of sleep, and self-care is equal parts necessary and needed (for more on this, see my post: Caring For Yourself With Self-Care.)

“I think we didn’t really wanna attack the people who are making lifestyle blogs,” said Limperis. “We’re… just highlighting what’s absurd about it.”

Limperis added, “It’s just such a different way. I see life so negatively. I complain about so much,  so just to seethese women who make the absolute best of everything–they’re probably changing diapers and their life might be hell, but they’re making everything so beautiful–it’s like the opposite of comedy. Instead of saying, ‘Life is awful,’ they’re saying ‘It’s so magical and beautiful!’”

Another post by Ashcraft invites readers to share how they “relax.” The author’s preferred method? Sit in an accent chair! 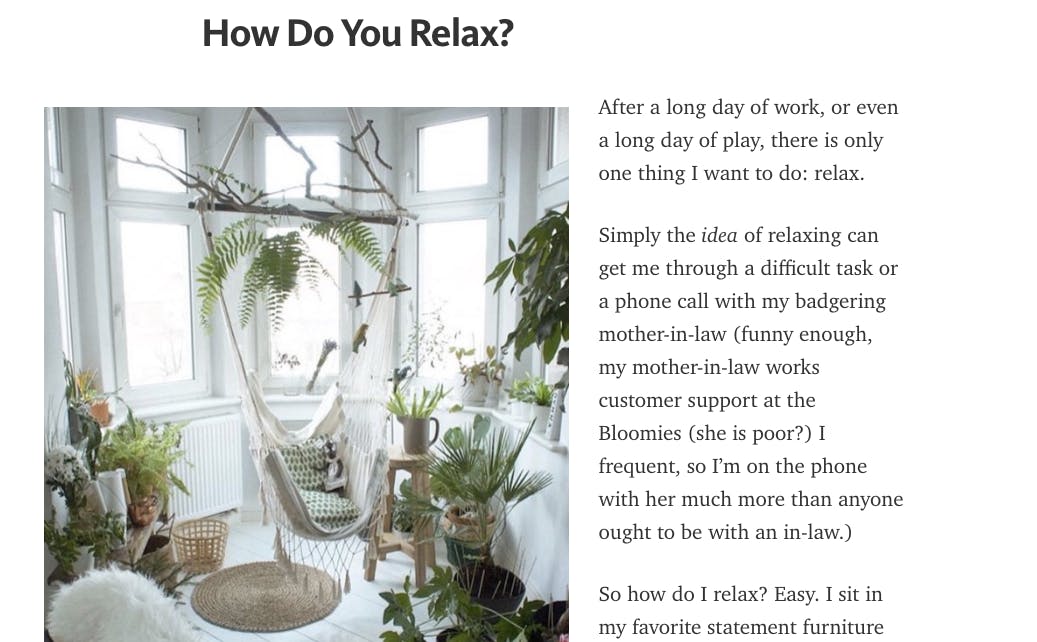 So how do I relax? Easy. I sit in my favorite statement furniture piece, which is usually my suspended chair by the east windows in the loft, and apply coats of my favorite lipgloss until I can no longer feel my mouth. There is something zen about the experience that I cherish.

Another hilarious yet simple post by Nelson reflects on the candles cherished by the men in her life. 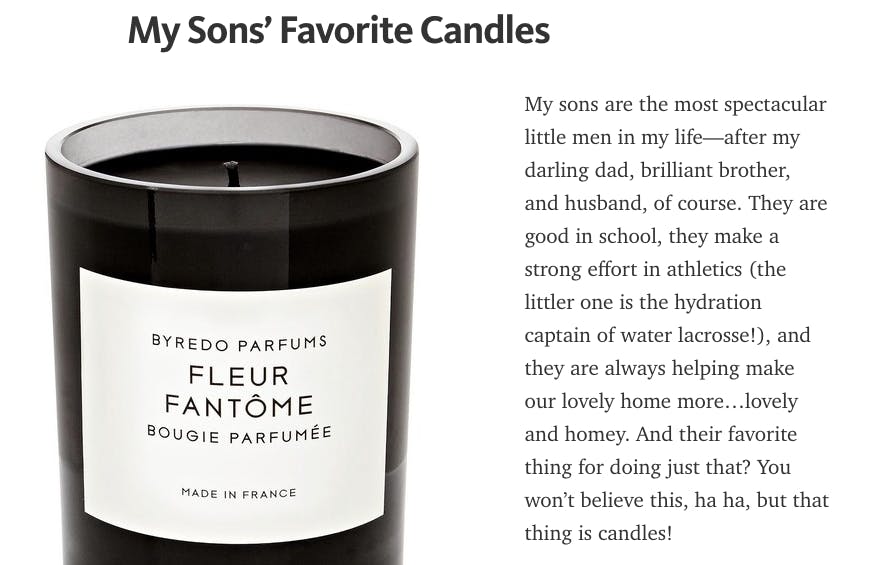 While individual posts haven’t blown up or gone viral, Ashcraft says fans have reached out privately to share that they enjoy reading the posts back to back. “Sometimes… someone will read every single one and message us that they love it.”

Like its source material, Lark and Olive is best consumed as a binge. And we recommend doing just that.

So treat yourself. You deserve it. Indulge yourself in some simple, silly bliss.