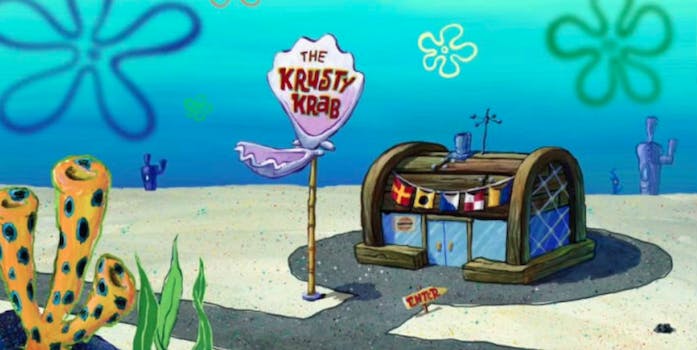 ‘Krusty Krab vs. Chum Bucket’ is the new meme to express your hot take

Yes, it's another SpongeBob meme.

Just a couple of weeks ago, everyone was making Evil Patrick memes. Now another SpongeBob SquarePants meme is dominating Twitter and other social sites.

It’s called “Krusty Krab vs. Chum Bucket,” and it’s the perfect way to express your hot take on something being superior to its competition. Like pancakes versus waffles:

the only comparison that matters pic.twitter.com/mMJbfgccFf

Or versus DC comics:

The formula is quite simple. The Krusty Krab restaurant, as even the most casual SpongeBob fan knows, is good, while the Chum Bucket is bad. Once you get the concept, all you need is an opinion and some very basic photo editing skills.

you heard me henny. pic.twitter.com/JH99DQcWds

only the real ones know pic.twitter.com/X158MyqGEE

this is the one pic.twitter.com/HRWNcEyyBs

i’m going to get attacked for this 😳 pic.twitter.com/xYGw5MdgSl

If you disagree, all you have to do is reply to the meme with this ready-made Chum Bucket image.

There’s even a response if you think the two things are basically the same.

this is how it should be pic.twitter.com/3y7A3lbocJ

Or you can only use the Chum Bucket to really make a point.

And someone took the meme to its obvious conclusion:

March is not over yet, and we’ve already seen two new SpongeBob memes. Will we see another one a couple of weeks from now? Considering the internet’s fondness for the animated TV show, it’s possible!