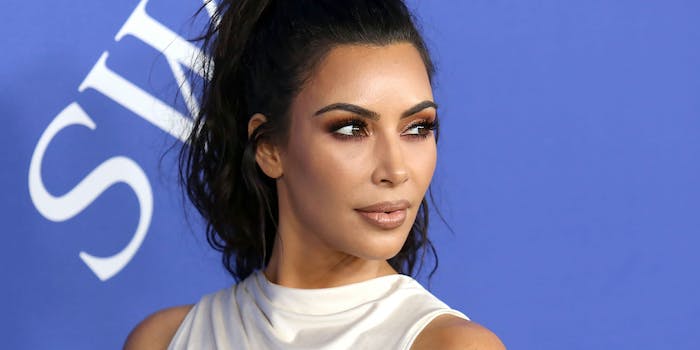 Kim is very late to the party.

While the rest of us were spending our winter break posted up on the couch watching Netflix’s latest films like Black Mirror: Bandersnatch and of course, Bird Box, it seems Kim Kardashian was busy ignoring the internet and her Netflix account.

Last night the reality star tweeted, “Watching BirdBox. I really like it. Who has seen it?”

Watching BirdBox. I really like it. Who has seen it?

Netflix said more than 45 million accounts watched the film in seven days, making it a record-breaking debut. Since pretty much every person has seen or at least seen enough memes to feel like they’ve seen the whole movie, people started roasting Kardashian for living under a rock (or blindfold).

Even her pal Chrissy Teigen responded saying, “Kimberly like everyone in the world.”

“All of America Kim,” someone else said.

All of America Kim. https://t.co/uQookiTKvq

Others used one of the many memes that came from the movie to poke fun at Kardashian.

Kim for the last week…. pic.twitter.com/DSXnSE8cZc

Kardashian didn’t seem phased by everyone dunking on her. She tweeted a photo doing what she does best, serving looks, a few hours later.

Ready to serve some looks in 2019 pic.twitter.com/0ih76F0MCc