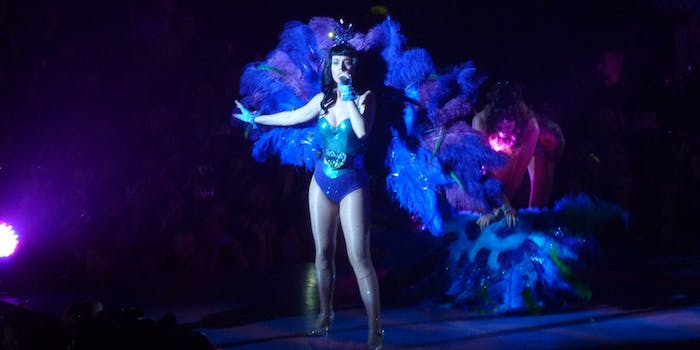 It's the meanest prank ever.

Don’t worry! Katy Perry, the ubiquitous pop singer who rode a majestic mechanical lion in the Super Bowl XLIX halftime show, is not dead. This kid is just a jerk. He’s figured out the best way to make younger kids cry—by telling them Katy Perry died and vining their reactions.

Unfortunately for young NizzyStraws, his #KatyPerryVinePrank never quite caught on. Other kids aren’t so easily fooled. Or they just don’t give a flying heck about Katy Perry.