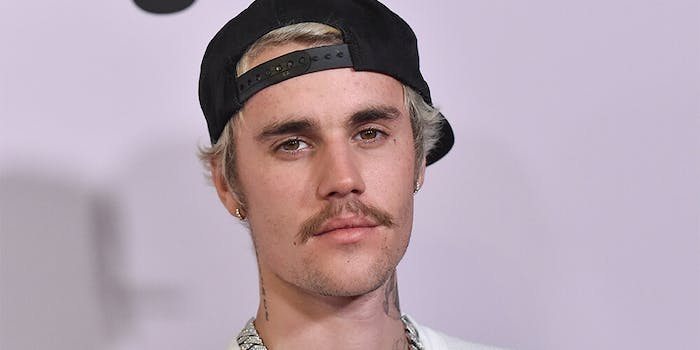 People are comparing to everything from video games to salad spinners.

When Justin Bieber goes viral, it’s typically for reasons of his own doing—and not exactly always in a positive light. But in this latest instance, it’s simply because of a tacky-looking mansion the pop star once called home. It’s this property, in particular, that we now have to thank for these “Justin Bieber’s house” memes currently populating the internet.

It all started on March 31, when Twitter user @izzyhollandx tweeted a photo of the circular, glass-walled Beverly Hills abode. “JUATIN BIEBER’S HOUSE [sic] …. I HAVE NEVER SEEN A HOUSE UGLIER,” she wrote.

The Shyamalan twist here is that Bieb hasn’t lived in that home in over five years.

Fresh off of a series of legal maladies and bad press, at the time, Bieber had recently sold his Calabasas, California mansion following the infamous “egging” incident. (For which he eventually had to pay his former neighbor $80,000 in restitution.) At that point, Bieber—still very much entrenched in his hard-partying lifestyle—was bouncing around from Los Angeles rental pad to rental pad when he settled upon what Curbed LA was then referring to the “salad spinner” home.

Designed by Malibu-based architect Ed Niles in 2009, the 6,500-square-foot home came equipped with a seven-car garage, infinity pool, and “views, views, views,” according to a real estate listing at the time. However, it also came with a steep $59,000 per month price tag, and two months later, Bieber absconded for more reasonably-priced accommodations.

Yet, that isn’t stopping the internet from making Justin’s Bieber’s house jokes. The architectural salad spinner is indeed an unusual looking property, and others have begun comparing it to everything from “if Amazon made a community college” to like something out of a “1999 strategy game” and so on.

Others are comparing the photo of the Justin’s Bieber’s house side-by-side (or just swapping out, enitrely) with other appliances and objects the place resembles:

At least a couple people nailed it?

It’s unclear who currently resides in Justin Bieber’s house, but the lucky resident is now shelling out $79,000 per month for the privilege, according to the Zillow listing.