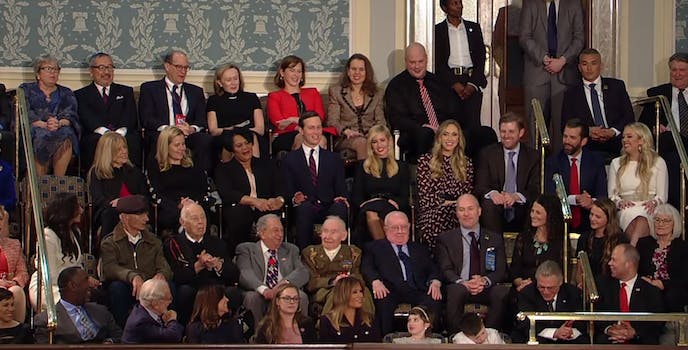 State of the Union addresses are typically boring presentations of policy proposals that will never be implemented. There is lots of grandstanding against the backdrop of the U.S. Capitol.

But for tradition and appearance’s sake, the speech keeps getting delivered and members of Congress keep attending.

Tuesday night, however, one person was over it. That person was a child invited to the speech by the president’s wife.

Joshua Trump was attending as a guest of Melania Trump after he experienced bullying at the hands of his fellow students for his last name.

But at President Donald Trump’s speech, he was zonked out.

The photo has gone viral—and it’s a mood.