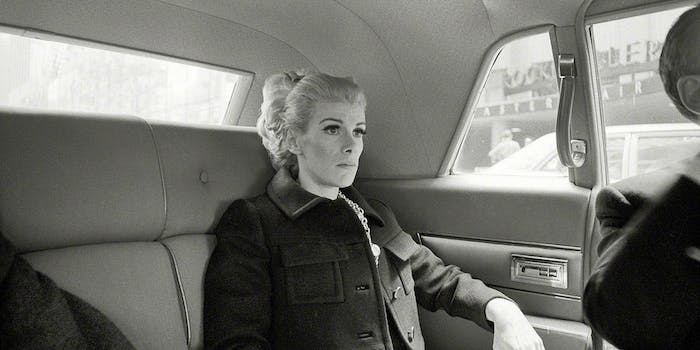 How Joan Rivers forever changed the face of comedy

It's time to talk about Joan Rivers.

It’s been a rough few weeks for comedy.

First there was Robin Williams’ tragic death in August, and yesterday, Joan Rivers passed away after complications from surgery. Rivers’ daughter, Melissa, shared the news in a heartfelt note on her mother’s website. “My mother’s greatest joy in life was to make people laugh,” Melissa Rivers said. “Although that is difficult to do right now, I know her final wish would be that we return to laughing soon.”

Amidst the usual outpouring of support from her fellow entertainers, it’s easy to forget that Rivers was a highly controversial figure in life. The tendency is always to forgive celebrities as soon as they die, but whether Joan Rivers needed anyone’s forgiveness or not, the fact remains that she could be an incredibly polarizing figure.

Yet no one could ever take away Joan Rivers’ legacy, Joan Rivers’ included. That she was often criticized was fitting, since she never made an effort to win people over who otherwise disliked her. She was who she was, and after 40-plus years in show business, she had earned that. Speaking on the fleeting nature of success in Hollywood, she summed up her work better than anyone during an upswing in her career, which occurred while filming the critically-acclaimed documentary about her life and times, Joan Rivers: A Piece of Work. “I have been here before, and I know, nothing is yours permanently.” Rivers quipped. “And you better enjoy it while it’s happening.”

Rivers’ wanted to be an actress growing up, but she is mainly known for her stand-up and her work in television, where her output was long and varied, though she also published quite a few books over the course of her extensive career. But out of everything Rivers ever did, television or otherwise, her frequent appearances and tenure as guest host on Johnny Carson’s iconic iteration of NBC’s The Tonight Show continue to be what many know her from.

However, this chapter is also marred by disappointment. When Rivers told Carson she would be pursuing her own late night show on FOX, he banned her from ever appearing on The Tonight Show while he was the host. A short time later, after the failure of her FOX program, she suffered the devastating loss of her husband Edgar Rosenberg to suicide.

26 years after being banned, Rivers finally returned to The Tonight Show for the first time since the Carson era this March. It was a triumphant moment that can’t be understated, in no small part due to the glass ceiling female comedians continue to encounter in the world of late night television.

But Rivers was never not busy in her 26 years away from Tonight. She won an Emmy for hosting a daytime talk show in 1990, and she spearheaded the “who-are-you-wearing” brand of red carpet coverage, which has become a major element of every awards broadcast on TV today.

There were periods where her career went through significant downturns, but the beginning of her recent comeback can be traced to 2009, when she was featured in a Comedy Central roast (something she expressed serious doubts about in her documentary) and was crowned the winner on Donald Trump’s Celebrity Apprentice.

Then in 2010, things really started to turn around for her, with the arrival of the revealing, humanizing portrait that was A Piece of Work. The renewed interest in Rivers that the documentary spawned led to her permanent position on E!’s Fashion Police. The show soon became an integral part of the network’s lineup, thanks to Rivers’ no-holds-barred role as the wise-cracking ringmaster, and eventually, they upped its run time from a half hour to a full one.

Rivers return to the spotlight has also highlighted how much her style of comedy is at odds with the more culturally sensitive and socially aware America of today. Several comments she’s made over the past few years have caused a minor uproar, such as her insensitive use of the word “tranny” earlier this summer to describe First Lady Michelle Obama. Not long before that, she was also condemned for joking about how much “space” the victims of Ariel Castro had in their captor’s basement.

And her post on Fashion Police hasn’t been all fun and games either. In April, she was involved in an ugly dispute with the show’s writers over credit and compensation.

While Rivers shouldn’t get a pass for this behavior, it’s important to keep in mind that she’s ultimately helped the world far more than she could ever harm it. She was an unmistakable trailblazer, and regardless of what you may think about the last years of her career, the record shows this.

Because prior to Joan Rivers, the idea that a female comedian would actually be allowed to say anything capable of offending someone was unheard of. This was a performer who talked about abortion before you could say the word “abortion” in polite society. As Eliana Dockterman at TIME put it, “Rivers withstood a lot of criticism throughout her career. In doing so, she demonstrated that women don’t always have to be appealing and likeable.”

When Joan Rivers became a comedian, the world of comedy was, as it had been for a long time, almost exclusively male. A New York Times profile in the wake of her death referenced a write-up on her from 1965, which read, “Joan Rivers, a new comedienne of ripening promise, who opened at midweek for a two-week run at the Bitter End, is an unusually bright girl who is overcoming the handicap of a woman comic, looks pretty and blonde and bright and yet manages to make people laugh.”

Rivers knew this kind of sexism was out there, and she used it to navigate her career and inform her comedy. In one of her best quotes from the appearances she made on Carson, Rivers remarked, “Nobody likes women writers… You know that no men like you because they don’t know how to treat you. The first day, you drop your pencil, everybody goes and picks it up. The second day, you drop your pencil, you pick it up yourself. Third day, they step on your hand… It’s very hard to be a girl/woman.”

The New York Times’ Alessandra Stanley wrote that Rivers “wasn’t the first female standup comedian, but she was certainly one of the hardest working, driven by a desperation that was all her own and yet epitomized old-school showbiz: No gig was too small or too far away.” This workaholic mentality was with Rivers till the end. If anything, it was amplified by her old age.

Through all the negative comments she weathered about plastic surgery, all the fun that was poked at her appearance, Rivers was taught a lesson that she already knew: the world is cruel to older people, and they’re especially cruel to older women (a particularly haunting scene in A Piece of Work finds Rivers going through her yearly tradition of delivering food to shut-ins; on one stop, she meets photographer Flo Fox, a once great talent that time has since all but abandoned).

This is why, for all the occasions Rivers was called a legend in the latter years of her career, she always greeted such praise with skepticism. It wasn’t necessarily that she had a problem being a labeled a pioneer among female comics, it was that she refused to let that define her.

For Rivers, being an “influence” wasn’t good enough; she was never content to say thanks, shut up, and go away. She always knew she was going to work as long as any woman, man, or alien life form that ever entered show business did. In one of the funniest moments from A Piece of Work, she jokes that, “If one more woman comedian comes up to me and says, ‘You opened the doors for me’… Go fuck yourself. I’m still opening the doors.”

Maybe that’s why some of the reactions to Rivers’ death have been along the lines of complete dismay. At 81, it still felt like she had more work to do.

That’s what we can all learn from Joan Rivers. The only victory in this life is to find what you’re good at and do it until you die. Like she told Louis C.K. in a fantastic guest spot on his show, “Listen, I wish I could tell you it gets better, but it doesn’t get better. You get better. You think it’s been easy? I’ve gone up, I’ve gone down, I’ve been bankrupt, I’ve been broke. But you do it, and you do it because we love it more than anything else. That’s why you’re doing it.”

Or, if you want it hear it from someone else, listen to Kathy Griffin’s words on Rivers from A Piece of Work: “You know what the pinnacle of a comedy career is… the fact that you’re still doing it.”

There’s another section in that movie where Rivers is playing a small venue in Wisconsin, and a man with a deaf son takes offense to a joke she tells about Helen Keller. “Let me tell you what comedy is about,” Rivers fires back. “Comedy is to make everybody laugh at everything and deal with things,” also mentioning, “I had a deaf mother.”

It was this belief that comedy can and should be a tool to talk about anything, not the nasty directions her own comedy sometimes veered in, that should be the takeaway from this altercation. Later, when Rivers gets offstage, she feels bad about the whole thing, proving that it was her capacity for connection, even in the face of ugliness, that made her one of the most essential stand-ups all time. Remember, this was a woman whose catchphrase was, “Can we talk?”

Thanks for talking Joan. We’re all better off for having listened.