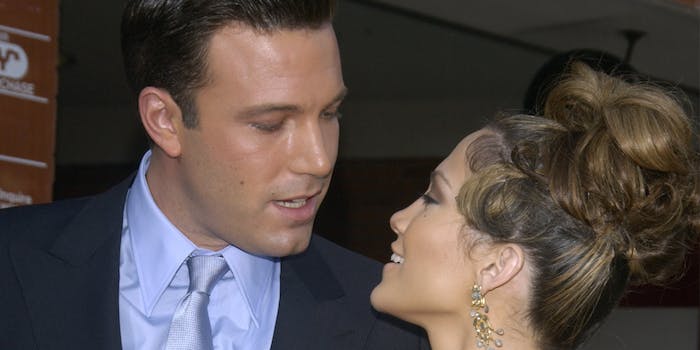 The Jennifer Lopez and Ben Affleck kiss is a perfect meme template, naturally

It’s all going according to plan: Jennifer Lopez and Ben Affleck kissed and Bennifer shuddered back to life.

Photos of their kiss surfaced on Monday, snapped while the two dined at Nobu in Malibu, where they celebrated Lopez’s sister’s 50th birthday. Lopez’s kids were also present.

Not only were there photos—there’s grainy, shaky footage of the event.

While a lot of people were excited to be distracted, the kiss also felt very familiar. The updated iCarly meme came in handy for noting the passage of time.

The how it started/how it’s going meme was also deployed.

Hmm, did they want this photo taken? Odds are high, considering how perfectly paced their rekindling has been (via paparazzi).

What was that about Batman not going down?

The snaps also include this standalone Affleck shot, which really sums it up.