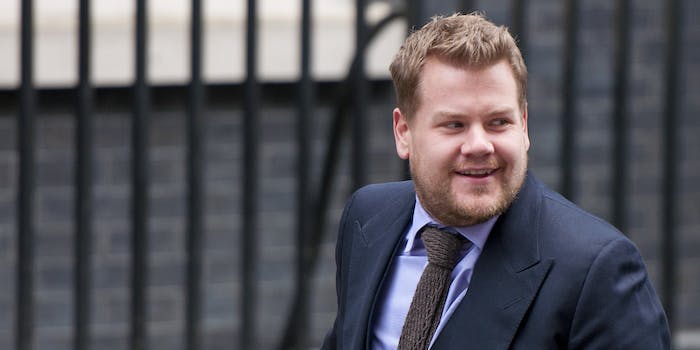 People are petitioning to bar James Corden from the ‘Wicked’ movie

When the movie adaptation of Wicked began to announce its cast, James Corden trended on Twitter. Not because he’s in the movie, but because Wicked fans are hoping he won’t be. Now, 30,000 people have signed a petition to keep Corden out of Wicked.

While it’s hard to quantify something as subjective as “being annoying,” there’s no doubt that many people find James Corden extremely annoying. He’s the Jar Jar Binks of the entertainment industry. As a public figure, Cordon is inarguably over-exposed. His personal brand is also synonymous with cringeworthy musical roles—most recently Cats (in which he was embarrassing even by Cats standards) and The Prom (in which he played a gay character who was widely derided as an offensive stereotype).

Wicked is precisely the kind of film where you’d expect to see Corden in a supporting role, hence the pre-emptive backlash on social media.

Directed at Universal Studios, the Change.org petition simply reads: “James Corden in no way shape or form should be in or near the production of Wicked the movie.” No further explanation required.

After its massive success as a stage musical, Wicked‘s movie adaptation will be directed by Jon M. Chu (In the Heights). Ariana Grande will play Glinda while Cynthia Erivo will play Elpheba, with no other actors yet announced. An online petition probably won’t have any impact on the film’s casting choices, but it’s still indicative of James Corden’s current public image. Musical theater fans are heartily sick of this guy.