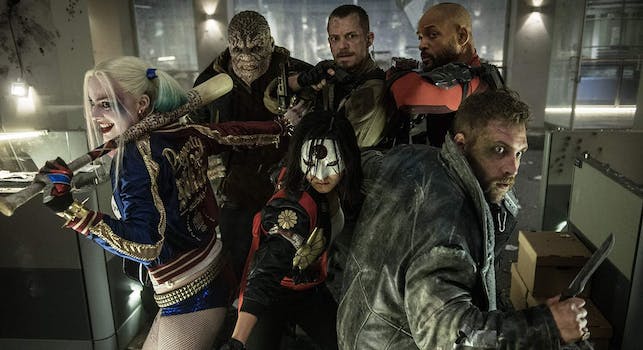 How ISIS is winning the war on social media

Racists on Twitter are doing the group's recruitment work for them.

The battle with ISIS, also known as DAESH, is as much ideological as it is military. Far away from Syria’s killing fields, beheadings and bombs drop on social media, and on this front, ISIS is winning.

As media outlets reported that the man featured in several propaganda videos as ISIS’ beheader-in-chief had been identified as Londoner Mohammed Emwazi, supporters of the Islamic State held a “Twitterstorm” last week that peaked at over 100,000 tweets. The hashtag #IslamicStateMedia was quickly hijacked by anti-ISIS digital militants, but those who picked up their AK-140s weren’t exactly the most tolerant and peace-loving people.

Those who took to social media to voice their opposition to DAESH’s expanding reign of terror often took the moral low road, with denunciations of ISIS quickly spilling over into patently racist anti-Muslim hate speech. Radicalized militant groups recruit their members, often utilizing social media, by appealing to the idea that the United States is hell-bent on destroying Islam, and passionate American patriots are doing their propaganda work for them by openly mixing statements like “support our troops” mingled cozily next to “kill all muslims.”

Kill them all, slaughter #ISIS and piss on their dead bodies. #IslamicStateMedia pic.twitter.com/Vv0BRiTDkJ

DAESH couldn’t come up with a better recruitment campaign than the one that these Twitter trolls are currently launching. Even the irony of using fervently religious imagery to denounce ISIS was lost of these radical extremist clerics.

WE ARE THE NATION OF THE CROSS #IslamicStateMedia Hashtag Take Over NOW THE BATTLE HAS BEGUN pic.twitter.com/3olWs51GXP

There are plenty of legitimate, rational reasons to denounce DAESH—like perpetrating mass kidnappings and beheadings, destroying 3,000-year-old museum artifacts, or using child soldiers—but the blanket targeting of all Muslims and hate speech based off Islamophobic stereotypes isn’t the answer. Not only does it advance a destructive “clash of civilizations” narrative, these self-avowed “patriots” are helping ISIS by adding fuel to their insurgent fire.

The making of Jihadi John

All the Islamophobia is trivializing and exacerbating the very real problem of Western citizens becoming frustrated and disillusioned enough to leave their home country and join the fighters who swear its destruction. Mohammed Emwazi, the man allegedly identified by the Washington Post as the ISIS member dubbed “Jihadi John,” was under watch by British intelligence while he was still in London, the city he grew up in. Not only did their intelligence fail to prevent him from defecting to the Islamic State, they probably contributed to his radicalization.

“This man was given the message that he did not belong here,” said Asim Qureshi, at CAGE, a London-based human rights and Muslim advocacy organization of whom Emwazi was a client before he fled to Syria to join DAESH. “Mohammed was doing his best during that whole period to try and find some recourse to being able live his life away from harassment. But at every single turn, the Security Services were blocking him [and] stopping him, without ever bringing any kind of criminal case against him,” Qureshi said.

Emwazi is a Kuwaiti-born Londoner from an upper-middle class family. When he finished university with a degree in technology, his parents gifted him a safari vacation in Tanzania as a graduation present, but he never made it to his destination. Emwazi was detained overnight at the airport by order of Britain’s Security Services. From there, the harassment escalated to arbitrary detainments, according to complaints CAGE filed with the police. When authorities found they had nothing to charge him with, MI5 agents tried to recruit him as an informant, but continually stifled by the inefficacy of legal channels to recourse, Emwazi left for Syria in January 2013—never to return.

Civil rights groups in the U.S. and U.K. roundly denounce policies enacted through a post-9/11 national security strategy that unfairly target citizens for their religion. In 2013, the American Civil Liberties Union (ACLU) sued the NYPD over blanket surveillance of nearly every mosque in New York City. The lawsuit was successful and the fruitless program was scrapped, but the stigma remains. Experts say that targeted surveillance and a culture of suspicion in turn creates resentment and suspicion among Muslims toward authorities and the government—fertile ground to be radicalized and recruited by militants to join the fight against those powers.

“In many parts of the Muslim world, the U.S. counterterrorism efforts are perceived as a war on Islam writ large,” says Faiza Patel, co-director of Liberty & National Security Program of the Brennan Center for Justice. “When you start targeting religious behavior, you feed into this notion that we are at war with Islam, and that’s what we really shouldn’t be doing.”

Not only do these practices sow alienation and animosity within the Muslim community, but they are often counterproductive because they water down the pool of suspects who may actively be planning violence. “If everyone’s on the watch list, effectively, no one is on the watch list when it comes to looking at who might be engaged in terror plots,” said Jeremy Scahill, a national security expert and editor at the Intercept.

It would be reductive to assign government intelligence agents the responsibility for the barbaric actions of terrorists, as the knife-wielding men in the DAESH videos are culpable for their own actions. At the same time, if would be just as reductive to ignore the violations of the public’s liberties—and more importantly, its trust.

“When you start targeting religious behavior, you feed into this notion that we are at war with Islam, and that’s what we really shouldn’t be doing.”

“In order to understand this case, you have to look at all of the circumstances that led up to, if it’s true, the creation of this persona of Jihadi John, said Asim Qureshi of CAGE, a U.K. nonprofit that raises awareness about the atrocities of the War on Terror. “The questions shouldn’t be about Jihadi John, they should be about what role have our security services played in completely alienating people in this society, and turning them away to finding solutions to the problem that they have.”

The Islamic State’s founding ideology is without a doubt aberrant and deranged—but it didn’t come about in a vacuum, as Muslim Public Affairs Committee Spokesman Cerie Bullivant reminds us.

“Every single time one of these horrific attacks happens, the people who perpetrate it quote foreign policy as the key pusher. They quote harassment and domestic policy as factors, and we keep on ignoring that,” Bullivant told Britain’s Sky News, fighting back a particularly aggressive anchorwoman. “It’s not about justifying it, it’s about looking at the causes of it so that we can make everybody safer, both here and abroad.”

It’s time to start looking at the context. If Americans really want to prove that they are more civilized that DAESH, they need to grow up, stop playing into petty bickering on Twitter, and start confronting the real-life bullying Muslims are subjected to. Otherwise, we’re only helping the cause we hope to fight against.