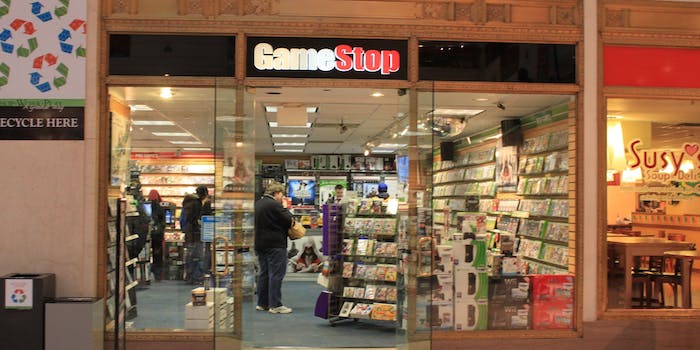 This week on the internet: ‘Harry Potter’ as a TV series and stock market chaos

Plus: we explain the 'sigma male'.

Welcome to the Internet Insider, a newsletter where we dissect what happened online. In today’s edition:

Harry Potter and the GameStop stocks

It was hard to pick what to write about this week since a lot of things “broke” the internet. First, The Hollywood Reporter published an “exclusive” report that HBO Max is apparently working on a Harry Potter TV series. Both Warner Bros. and HBO Max swiftly denied the rumor, but that didn’t stop fans (and former fans) of the fantasy franchise from criticizing the mere prospect of J.K. Rowling’s creation arriving on the small screen. Many of the tweets about a Harry Potter TV series focused on the same dilemma: Any new adaptation would give Rowling—who has made her transphobic views very clear in recent years—more money.

As staff writer Michelle Jaworski notes, “If a Harry Potter series comes to fruition, anyone who becomes associated with the series will likely be asked about Rowling and her [transphobic] views as well as how much influence she might have on the series.”

But the Harry Potter discussion dwindled once the biggest internet story of the week hit: Redditors creating stock market chaos. They got the value of GameStop—yes, that retail video game chain—to go up, causing trouble for people who had bet against the company. Then Robinhood placed restrictions on GameStop trades—which only led to more controversy. Meanwhile, women are now talking about what stocks to disrupt in a male-dominated industry.

11 of the internet’s favorite tarot sites for live readings.

Are you Donna, Candice, or Martina?

It’s 5 o’clock. What’s your Candice and Martina? A TikTok from creator and YouTuber Snarky Marky is being used to interpret people’s 5 o’clock routines. Well, whatever that means during a pandemic. The original video was posted Jan. 4 and features a whole storyline involving him as Donna, talking to co-workers Candice and Martina about leaving work and going to Applebee’s.

The first half of the TikTok is being more widely used: “Candice, you ready?” and “Martina, you ready?” are stand-ins for habits, thoughts, comfort items, playlists, or after-dark activities.

Ironically dissatisfied with the limits of the gender binary, the manosphere has come up with a new masculine stereotype: sigma males. Following on from the now-familiar alpha and beta males (an old favorite of men’s rights activists and pick-up artists), sigma males reached mainstream attention thanks to a viral post from Twitter user @LilySimpson1312 on Monday.

The post brought together a self-help book titled The Sigma Male, along with diagrams illustrating the sigma’s place in the hierarchy of manhood. This whole concept is so absurd that it quickly grabbed people’s attention, inspiring people to roast this latest addition to alpha/beta mythology. The phrase “alpha male” has been around for decades, inspired by the now-debunked belief that wolf packs are ruled by a single, powerful leader known as the alpha.

But the concept of sigma males offers an enticing new prospect beyond the alpha/beta binary; a “lone wolf” archetype where you can be as badass as an alpha male without being a popular jock. Conveniently, this offers men the chance to rebrand themselves as a cool, sexy loner if they’ve alienated their friends and loved ones by ascribing to self-defeating theories about gender and relationships.

In this week’s episode of Behind the Seams, we took a look at Hannibal’s costume design, a crucial element of the show’s visual worldbuilding.

“When COVID is over” is now shorthand for wishful thinking.

“My expectations are low, but my love of Gwendoline Christie is HIGH.”