A weird case of real-life trolling has become a meme.

To understand the hottest meme craze of the week, you’re going to need a little background on some recent drama between two YouTube stars.

The story is ridiculous, but it’s been tremendously inspiring to meme creators. As a certain sports reporter once said in a very bad tweet about Donald Trump, “I feel bad for our country. But this is tremendous content.”

YouTube vlogger Ian Carter, better known as iDubbbz, has racked up more than 3 million subscribers by harshly criticizing other vloggers and aspects of YouTube culture. This week, he went after Tana Mongeau, who’s famous for her “storytime” videos, exaggerated tales about her life with eye-catching titles.

Their beef began when Mongeau called out iDubbbz on Twitter for his joking use of “the N-word” in videos, telling him to kill himself. But iDubbbz discovered some old videos in which Mongeau uses that same anti-black slur, apparently not in a joking or ironic way.

He decided to confront her in person about it at one of her public appearances, bought a ticket for a meet-and-greet, and posed for a photo with her. That’s when he sprang his trap: “Say nigger!” he said, grinning.

Now that video of the incident is online, and both Mongeau and iDubbbz have told their sides of the story, the whole thing has become a hugely popular meme.

Even prior to the encounter with iDubbbz, Mongeau was one of the inspirations for a meme about YouTubers’ tendencies to exaggerate their life stories with clickbaity video titles:

Uber driver: We may need to reroute, some of the roads are closed

But after the incident, new memes featuring Mongeau and iDubbbz started popping up everywhere. 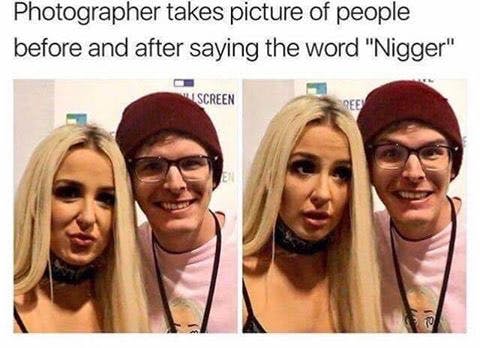 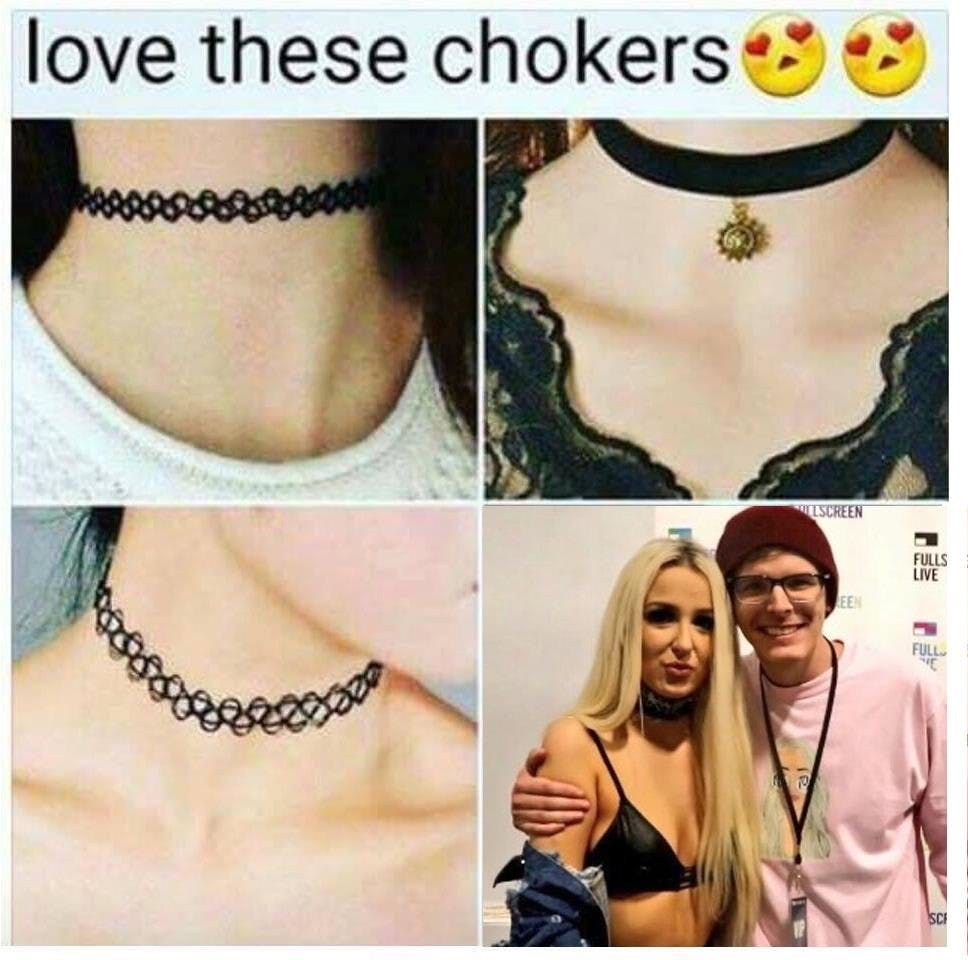 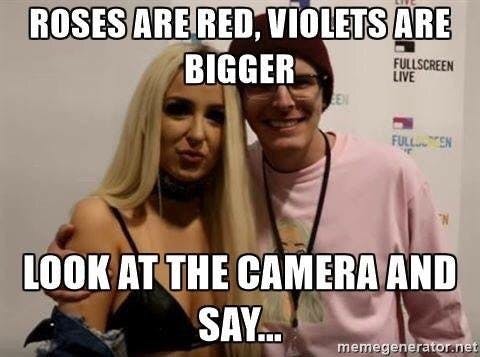 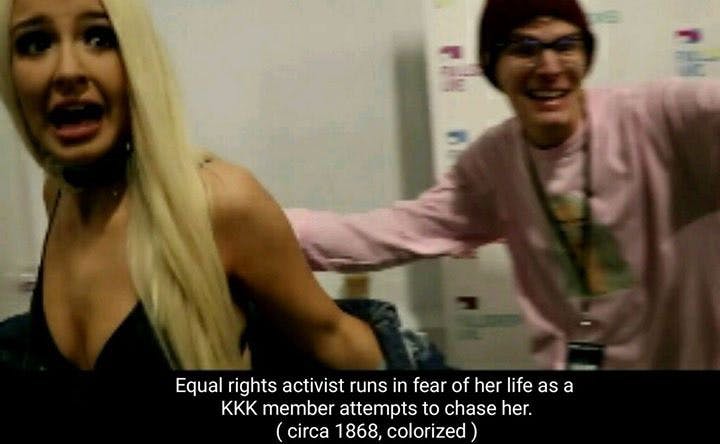 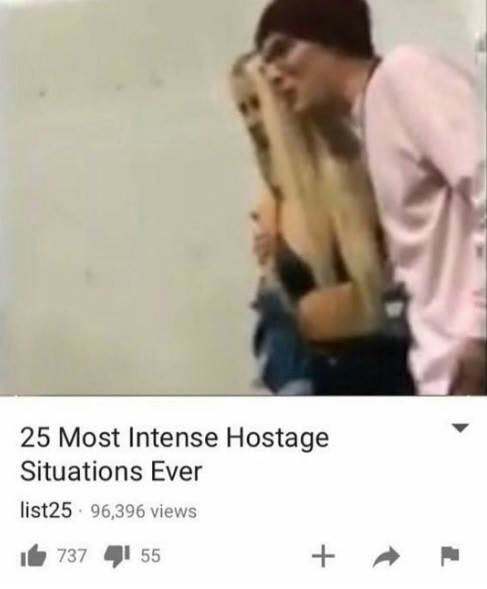 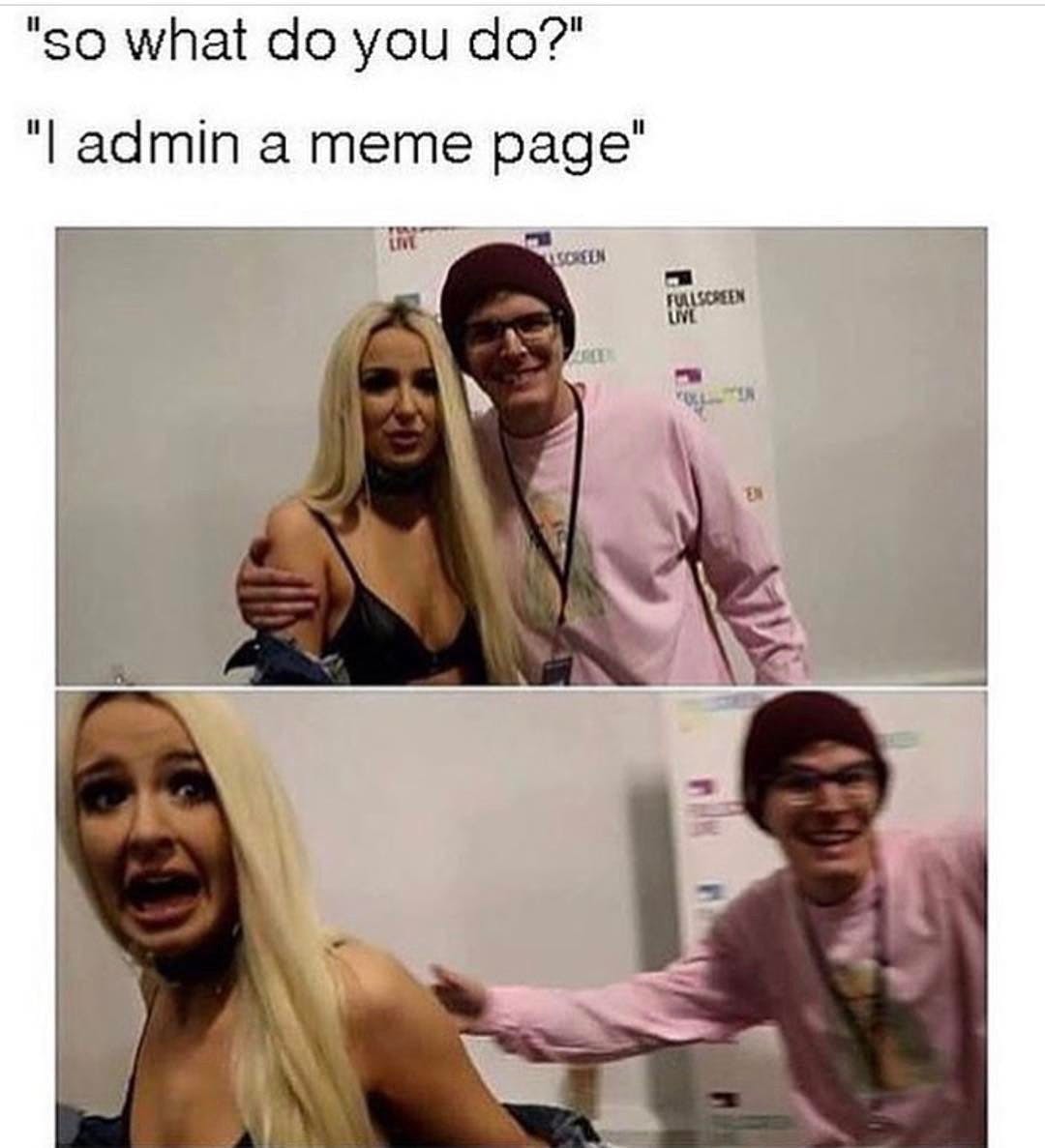 Reddit’s r/dankmemes community has really embraced this story, plugging it into existing memes and finding new ways to present. This is partially because it’s excited to see Mongeau’s hypocrisy exposed in such dramatic, trollish fashion, but it may also be because the climate there has been even more racist than usual lately, and this story offers a chance for a group of predominantly young, white, and male shitposters to use the word “nigger.”

You’ll notice that the meme community is lined up against Mongeau for her use of the N-word, but nobody is really calling out iDubbbz for his.

And the same seems to be true of their respective YouTube fanbases. iDubbbz is losing some subscribers, sure, but Mongeau’s channel is crashing and burning. According to YouTube analytics site SocialBlade, she was the most unsubscribed YouTuber of the day on Wednesday, and she’s lost 95,000 subscribers over the past month.

Mongeau has promised, via Twitter, to make an apology video and try to set things right, but the video has yet to surface as of Wednesday afternoon.

i love you guys. but i have made a lot of mistakes, and the right thing to do is own up to them, and move on. an APOLOGY will be coming soon

Meanwhile, iDubbbz is being celebrated as a troll hero, and seems to have no regrets about frightening Mongeau at her concert.