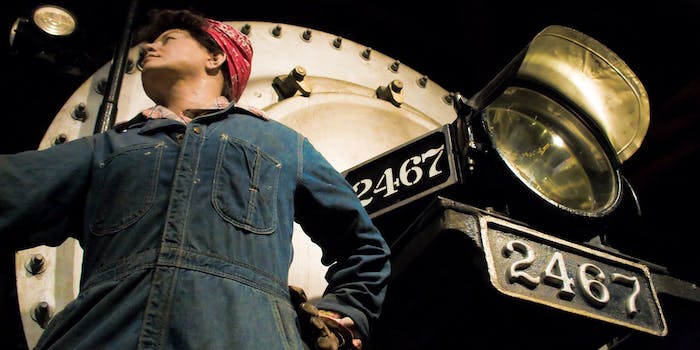 The hypocrisy of GoFundMe’s abortion politics

GoFundMe allows crowdfunding for organizations working to ban abortion, but not to have one.

Last week, the crowdfunding site GoFundMe.com took down a campaign that would help a woman get an abortion, after receiving complaints that it was “inappropriate.” A woman named Bailey—her last name has been withheld—started campaign in early September to help raise the $2,500 she needed for the procedure. She had written on the site, that she is “currently unemployed, completely broke, in debt, and in no position to hold down a job due to severe symptoms of a rough, unplanned and unexpected pregnancy,” which was why she set up the fundraiser. But shortly after an interview with Vice went live, GoFundMe contacted Bailey to tell her that her page had been taken down due to complaints.

GoFundMe claims to provide “funding for everyone,” but their actions show otherwise. It wasn’t enough to just take the campaign down, this week they also went and changed their “Terms of Service” altogether, explicitly banning the funding of abortions.

In an email, a GoFundMe “Customer Happiness Representative” declined to say if the controversy over Bailey’s campaign caused the sudden clarifications in terms.

They told me that the new policy is “to set standards that help ensure GoFundMe will be used in appropriate and impactful ways that are suitable for all audiences.” Emphasis on “appropriate” and “suitable” here. As of right now the site still has active campaigns up for organizers of anti-abortion activities, which this reporter finds neither appropriate nor suitable.

Anti-abortion activists are known to set up shop in front of clinics to harass women going inside or coerce women into going to “pregnancy counseling centers”—which have been proven to use misinformation to discourage women from having abortions. At their most extreme, some use terror tactics like bombing, arson, and even murder to fulfill their broader mission of banning abortion entirely.

So when GoFundMe says that they are only interested in ensuring their funding service “will be used in appropriate and impactful ways that are suitable for all audiences,” it’s clear that they believe funding a woman’s right to choose is not appropriate, while working to end that right is.

Of course, abortion is expensive, and Bailey was smart to turn to GoFundMe for help paying the procedure if she couldn’t afford it. If you live in a state where it’s illegal for your employer to cover an abortion or if you are unemployed, like Bailey say’s she is, she’ll likely pay about $450 for a first-trimester abortion.

But that’s only if she’s not too far along in her pregnancy. Later term abortions can cost thousands of dollars and are only done by a handful of doctors in the United States. So not only are the procedures themselves expensive, but women who don’t live nearby these clinics face having to pay travel expenses as well.

Crowdsourcing for health procedures isn’t new or unusual, especially considering how many Americans struggle to pay for the rising costs of healthcare in general. Nearly 62 percent of bankruptcies were filed in 2007 were tied to medical expenses, according to a 2012 study published by the American Journal of Medicine.

And if something like an unexpected pregnancy comes up, many don’t have enough money socked away to pay for a costly medical procedure. A 2011 report released by the National Bureau of Economics found that nearly half of Americans would not be able to produce $2,000 in 30 days in the case of an emergency. So crowdsourcing can be a crucial, however precarious, way to make a lot of cash to pay for a medical crisis.

And GoFundMe has plenty of medical fundraising on their site. One campaign has raised $10,000 to replace the hip of a dog, and another campaign is raising money to help pay for the medical care a woman needs after being brutally attacked in her own home.

But in GoFundMe’s updated terms of service abortion doesn’t fall under the “medical” heading of funding no-nos. Abortion is listed under “Termination of Life,” which is language—as Salon’s Katie McDonough points out—also used by anti-abortion activists who believe in fetal personhood. Never mind that the medical definition of surgical abortion according to the U.S. National Library of Medicine is “a procedure that ends a pregnancy by removing the fetus and placenta from the mother’s womb.” Or perhaps they fail to realize the hypocrisy in their current policy actions? Or they are making a covert anti-choice stance with their definitions?

GoFundMe, like Walmart and Hobby Lobby, is a private for profit organization that can decide what it’s product will or will not do. But this crowdfunding sites claims to be an egalitarian fundraising space. GoFundMe has “funding for everyone” emblazoned on the top of their homepage. The idea goes as long as there are people to fund it, anything can get funding.

And in this case, there were plenty of people that were willing to fund Bailey’s abortion. Before it was taken down, it was reported that 130 people donated $2,140 to her cause. What does it say that crowdsourcing is an acceptable way to raise thousands of dollars for burritos or anti-abortion protests, but not for someone who is electing to have a legal medical procedure?

NARAL, the pro-choice organizing group, is currently circulating a petition aimed at GoFundMe that demands they take abortion off of their banned content list, and I know that every battle—and there are many—on this frontline is a worthy one. But it’s frustrating that pro-choice activists are also reduced to constantly putting out fires like these when the whole town is burning down around us. It’s deeply troubling that people, including Bailey, have to resort to Internet fundraising sites to raise money for medical procedures they can’t afford.

Bailey’s crowdfunding campaign is not just about one website and their anti-choice policies, but a stark reminder of how inaccessible affordable reproductive health care is for many women. And the lengths they are willing to go to get an abortion.

Photo via Orin Zebest/Flickr (CC BY 2.0)