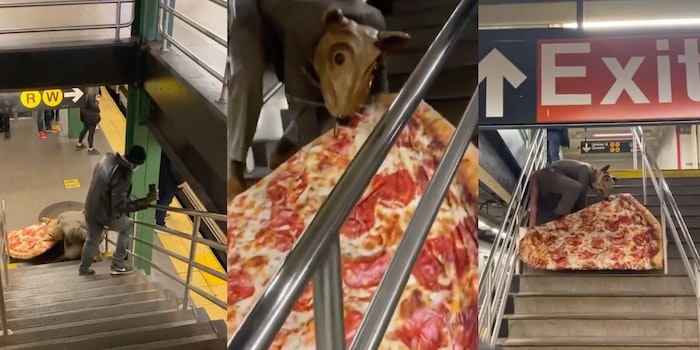 This performance artist is making the most of the pandemic in NYC.

A human dressed as a rat in a suit has been traversing New York City’s subways while dragging an oversized piece of pizza.