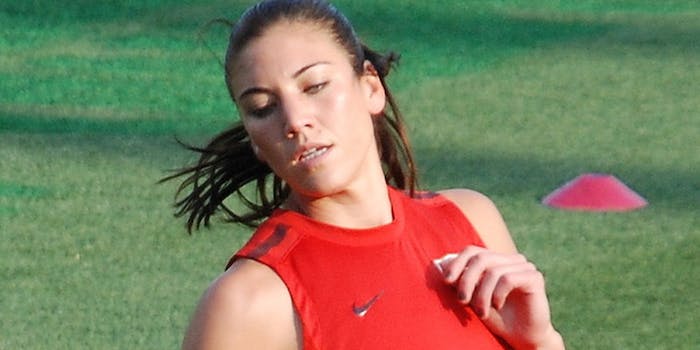 Famed soccer player Hope Solo may be a pro when it comes to stopping goals. But on Wednesday, she couldn’t block a barrage of text messages and phone calls after she accidentally tweeted her cell number to more than 669,000 followers.

The two-time Olympics gold medalist and former goalie for the United States women’s national soccer team accidentally sent the following public tweet, which looks like it was originally intended as a direct message: 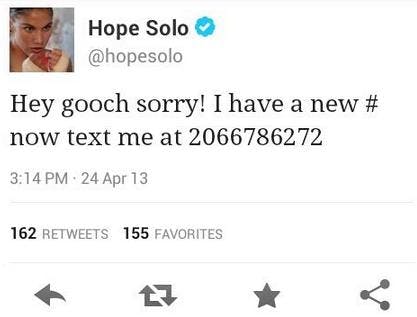 Even though Solo quickly deleted the message, her number circulated around Twitter. She also become a trending topic with more than 950 hilarious mentions from people asking her out. 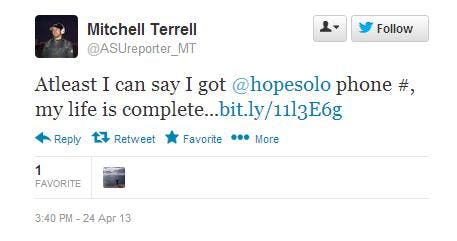 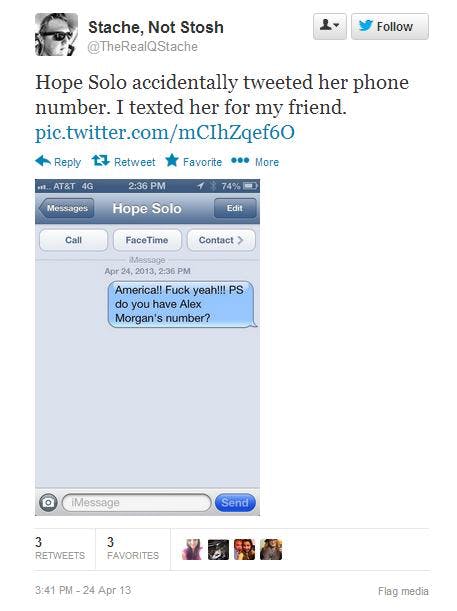 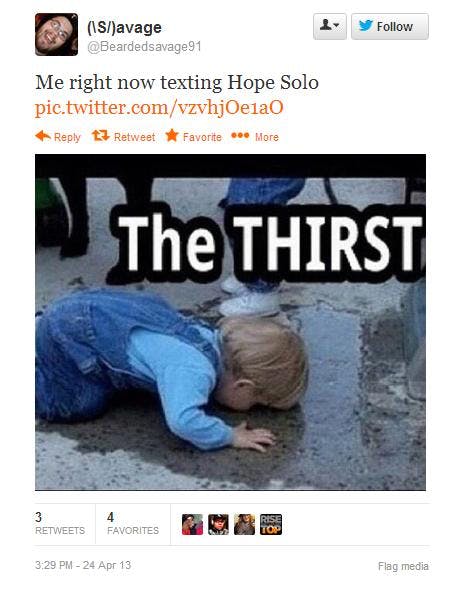 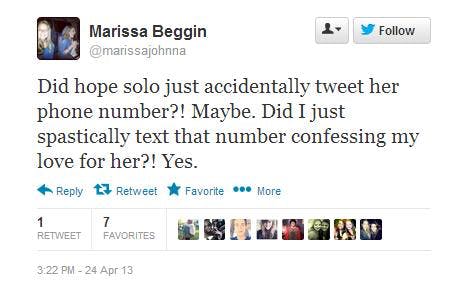 Solo took the faux pas in stride and has since tweeted the following message: 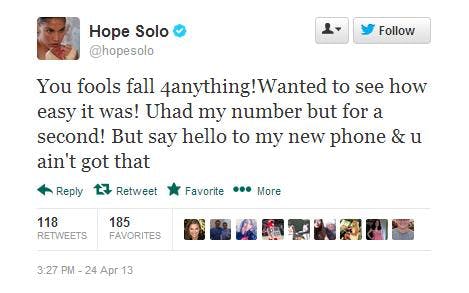 Dream on, boys and girls. Dream on.