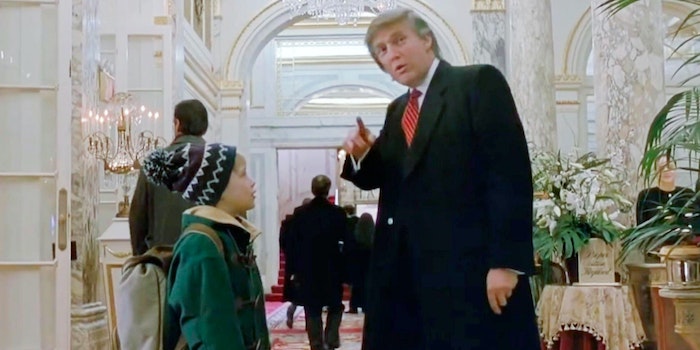 Trump had bullied his way into the movie to begin with.

With just two weeks left in office, on Wednesday, Jan. 6, Donald Trump managed a first for his presidency: facing consequences for his actions. After an angry mob stormed the United States Capitol building and left five people dead, including a Capitol police officer, all of the race-baiting and dog whistles finally blew up in Trump’s face. He was banned from his beloved Twitter along with other social media platforms. Several cabinet members resigned. Even some of his most staunch sycophants turned against him. And now, people are even deleting him from Home Alone 2.