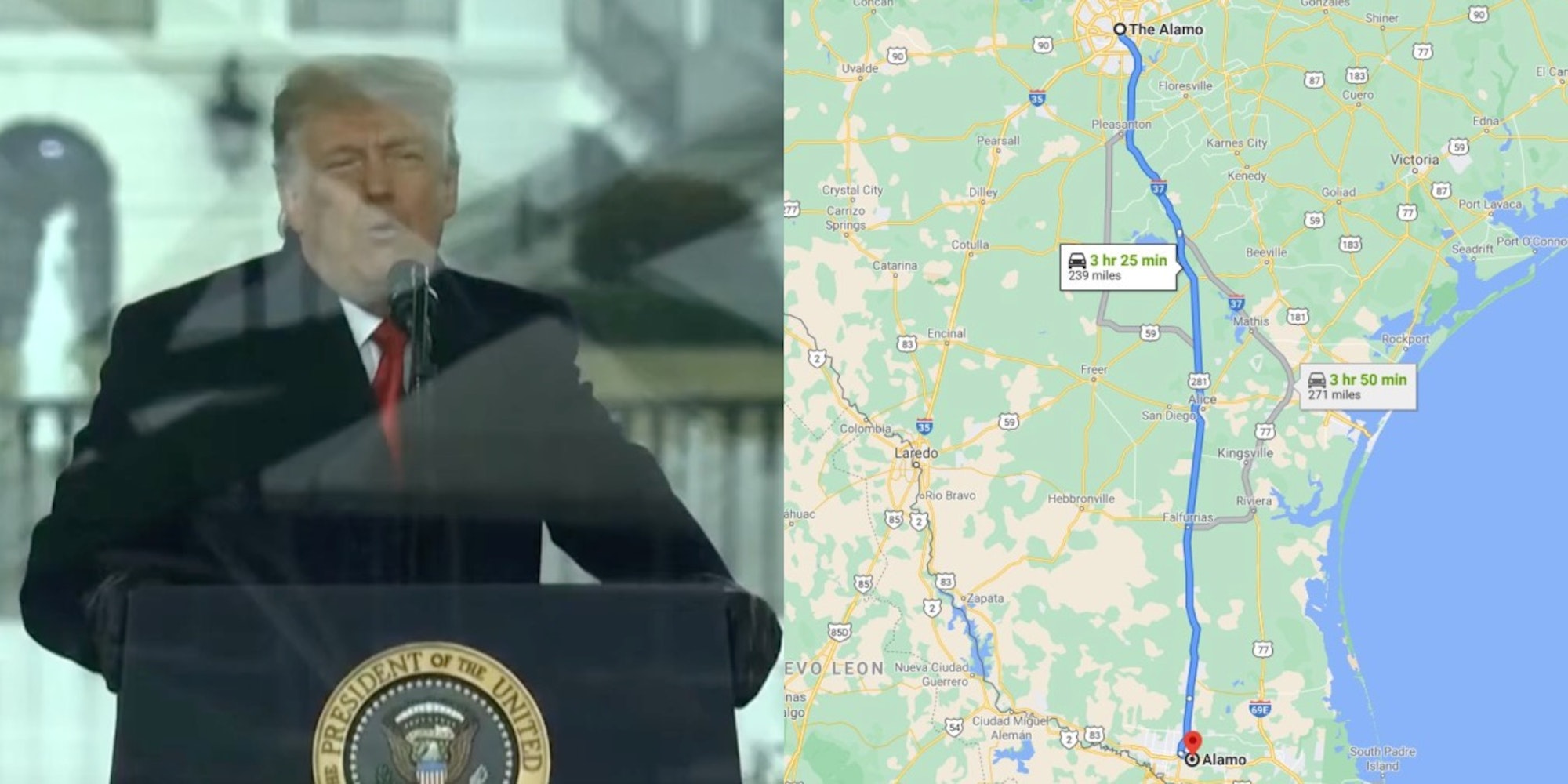 The Alamo trip will 'mark the completion of 400 miles of border wall.'