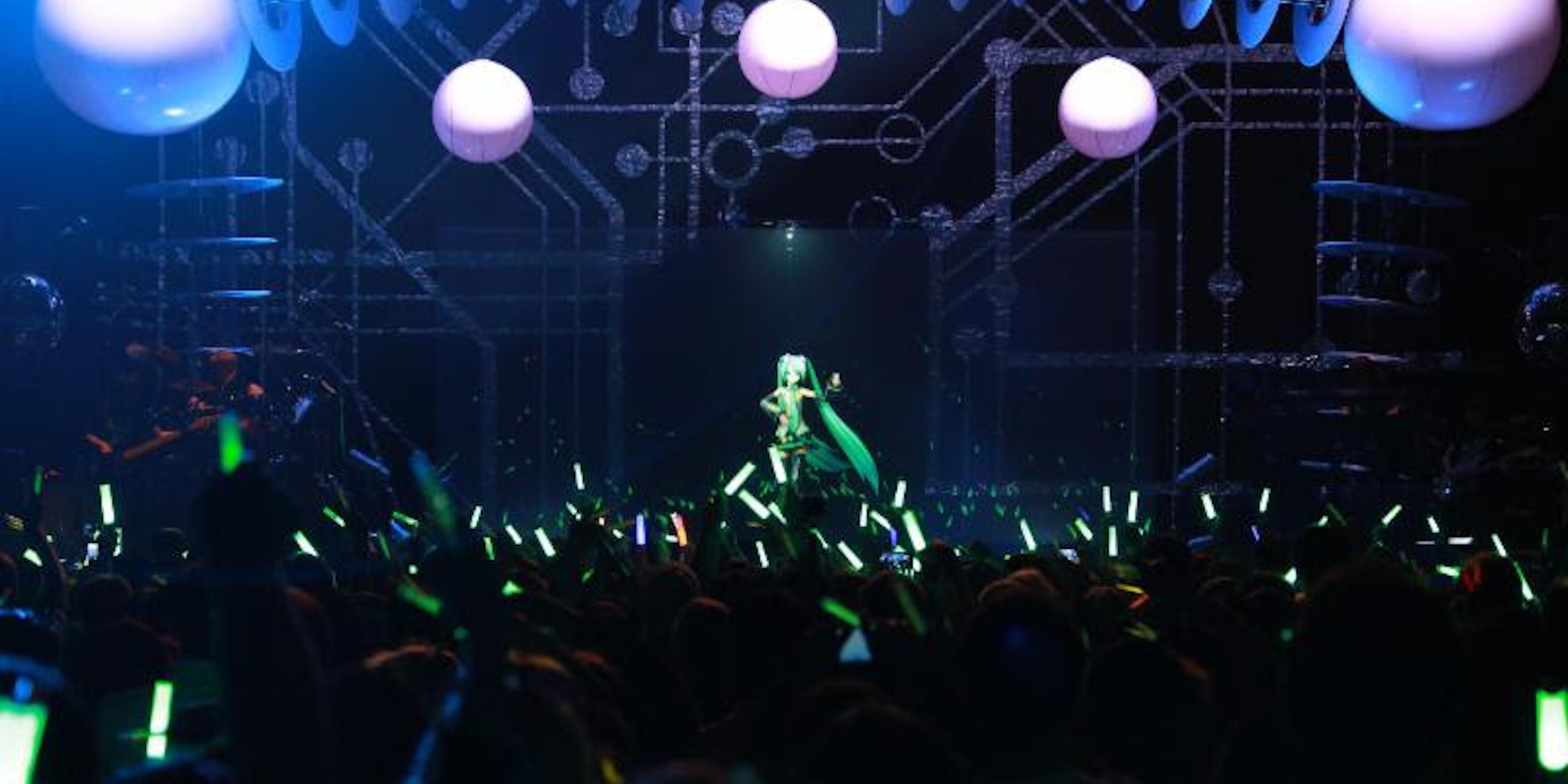 The Miku dance moves you've been practicing at home in front of YouTube are finally about to come in handy IRL.

Virtual pop star Hatsune Miku may have been born in Japan, but thanks to the Internet her reach extends much further. Now North American fans are getting the chance to witness her special magic live in concert.

This glorious event called the Hatsune Miku Expo kicked off April 23 when the holographic idol played her first show in Seattle (and from the looks of it, fans had a grand time).

From here on out, she moves on to nine more major cities, including San Francisco, Los Angeles, New York, and Toronto.

Miku has taken on a life of her own since she was created by Crypton Future Media, Inc., in 2007 as a cute face to represent the first installment in its Character Vocaloid software series, and she has a legion of enthusiastic fans.

Miku will also be accompanied on her U.S. tour by chiptune legends Anamanaguchi, one of the few acts that seem just right to accompany a pixelated leading lady.

What’s it like to rock out with a pop star that isn’t actually, you know, human? People are pretty into it, if the thousands of enthusiastic lightsticks waving in the audience are to be believed. The world really is yours, Miku.