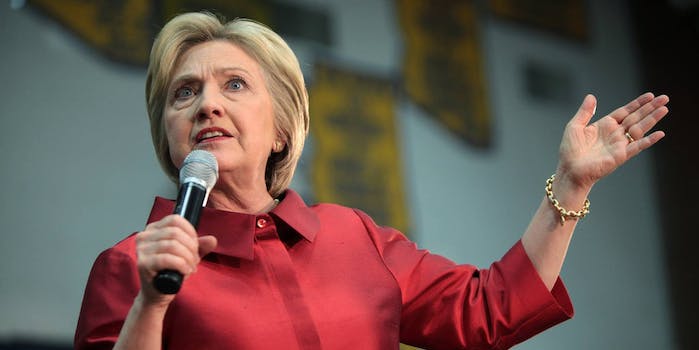 Clinton's news wasn't a surprise to everyone.

There’s one thing that Democratic presidential candidate Hillary Clinton has on her at all times, especially on the campaign trail: hot sauce. But what’s even more surprising than the former Secretary of State’s secret food obsession is the fact that someone predicted this two months ago.

@MeechOnMars is a viral sensation, with more than 90,000 YouTube subscribers, 107,000 Twitter followers, and 1.6 Vine million followers. He’s also the one person who just knew Clinton would inevitably state her ride-or-die allegiance to hot sauce.

Granted, the presidential hopeful has spoken about her love for hot sauce (and chilies) on numerous occasions, so it’s not too surprising that she would eventually talk about it again. But there is a political strategy at work here, considering that Clinton brought this up when in an appearance on 105.1 FM’s The Breakfast Club, one of New York’s most popular hip-hop and R&B stations.

Clinton is also a known fan of Beyoncé (and vice-versa), and as we all know, Queen B doesn’t go anywhere without some hot sauce in her bag, too.

Regardless, kudos to MeechOnMars for knowing one of Clinton’s food rituals before anybody else.