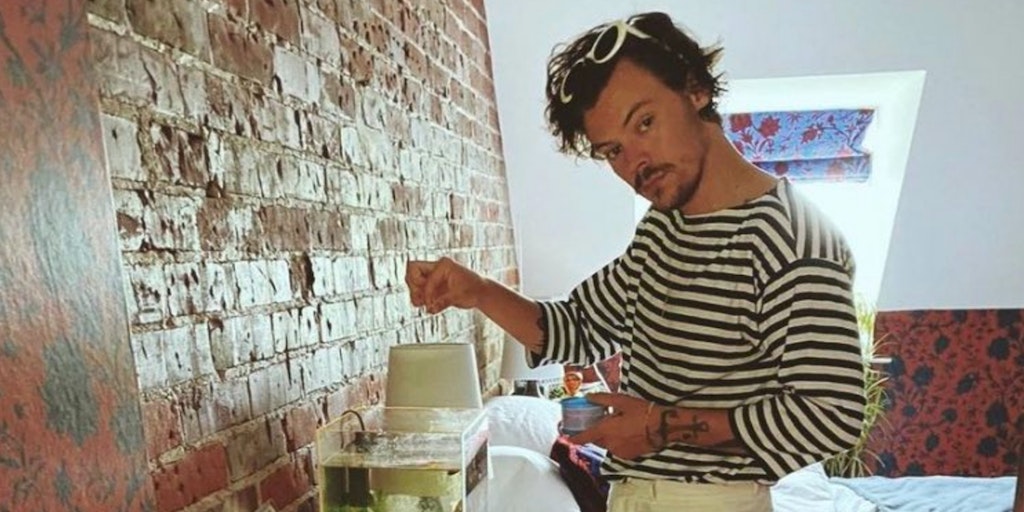 Days away from the election, in the midst of a global pandemic, we are well overdue for some good news.

That’s where Harry Styles comes in. The former One Direction member is back in the news for a sweet, simple reason: His car broke down. Waiting for a tow, he reportedly meandered over to a nearby home, which apparently just so happened to belong to the father of a fan. A friend of the homeowner let Styles wait in comfort, despite the fact that the fan was out of the house.

Styles, not one to disappoint, spent his time feeding the fan’s fish and leaving notes for her scattered around the house. Fans of the popular singer absolutely ate up the news, melting over Styles’ charming reaction to an everyday problem.

The news got out after Twitter user @canyonmoonblu tweeted pictures presumably snapped by the friend. “Harry’s car broke down so a fans dad let him in his house and while they waited harry fed their fish and left notes for the fan and for that reason your honor, he is the only man to ever exist,” she wrote alongside a photo of Styles. (The Daily Dot has not independently verified when and where this event reportedly took place—but fans are melting down all the same.)

Also included was a shot of one of the letters. Addressed to Theodora, Styles explains that his car broke down on her street. “Your dad’s friend kindly let me wait at your house with a cup of tea,” he wrote. “I’m devastated that we missed each other. Looking forward to meeting you soon, treat people with kindness.” He signed it off with a postscript noting that he’d fed the fish, and even invited her to join him at a future show.

Fans could hardly contain themselves. After another Twitter user shared a follow-up picture, this time a signed album with a sketched-on mask in place, Styles became the official winner of 2020.

Many fans were devastated by extension at the thought of missing a visit from their favorite X Factor contestant.

Once COVID-19 is under control and concerts are back in action, the fan in question may have the concert of a lifetime waiting for her. Good for you, Theodora.