His stats would most definitely be stacked.

The internet is currently freaking out that the deceased ape might be making its video game debut in the upcoming Pokémon Sun and Pokémon Moon. Makes sense because there’s some pretty damn believable art floating out there.

Ghost and fighting type? Perfect, considering he’s dead and everything.

Shigeru Miyamoto, the Japanese video game designer behind Super Mario Bros. and The Legend of Zelda, even tweeted out Harambe the Pokémon and his first form, Hambo. Having one of the most prolific people parody account in video games tweet out these images will make people believe.

But we’re sad to say that this is most likely not a Pokémon leak, but just the fantastical creation of various parties. Looks like the art is originally from Pokémon Sage, a fan-made Pokémon page. Its real name is Monkezuma. 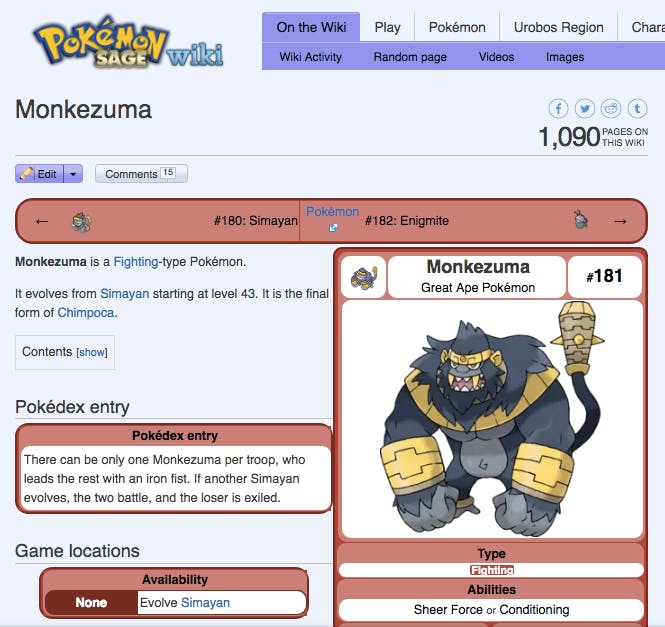 Eric CreamyMemes started a Change.org petition to officially turn the ape into a Pokémon as a way to memorialize the furry martyr. It’s racked up more than 17,000 signatures as of Thursday afternoon, and it uses the fake art as a way to help deliver the message.

This isn’t the first time that somebody has advocating adding the animal-turned-meme into the Pokémon universe. Earlier this month, there was a Change.org petition to get the ape into recently-released phone game Pokémon GO.

So, will we be seeing Harambe in Sun and Moon? Probably not. Because really, no Pokémon trainer should have access to such sheer power. But that won’t keep people from dreaming.

Update 9:44am CT, Aug. 13: This article has been updated to reflect the fact that a Shigeru Miyamoto parody account tweeted about Harambe making an appearance in Pokémon Sun and Moon. The real Miyamoto is not on Twitter but boy, is there a lot of humorous knockoff handles dedicated to him.