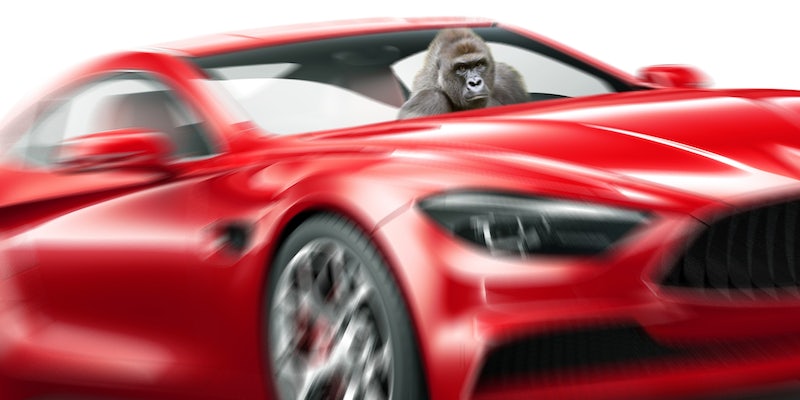 East Coast Harambe supporters are without a key event to rally for the ape who died. The Temple University student behind the “Drive your car off the Ben Franklin Bridge for Harambe” Facebook event has canceled it.

They cancelled the "Drive your car off the Ben Franklin Bridge for Harambe" event, y'all. https://t.co/eNg2Q8Rgd9 pic.twitter.com/RgbXMlAOrJ

Though fictitious, had all gone according to plan, hundreds of motor vehicles carrying hundreds of passengers would have careened off the suspension bridge connecting Philly to Camden, New Jersey. On Nov. 11, there would’ve been a massive rush of vehicular suicides aided by the Delaware River. It would’ve been really goddamn gruesome.

Not so fast with whipping your dick out for Harambe while also grabbing your pitchforks, though. As event creator Adam Kohlbus told Philly Voice, the event “was just a whim of an idea. I saw similar events, and wanted to make one. I had really only intended for it to be a joke between me and some friends but then it blew up within a day.”

This mimics the genius faux Facebook events that put Limp Bizkit at a shitty gas station and Drake on top of a Hooters. They’re hilarious and the type of prankster humor Harambe would’ve loved. And they’re just as complex as the meme himself.

Though “Drive your car off the Ben Franklin Bridge for Harambe” may be dead by the hands of Facebook, there’s still a whole lot of festive events celebrating the world’s favorite silverback gorilla. You could always imbibe at Drinks out for Harambe or, um, flog yourself. For Harambe, of course.