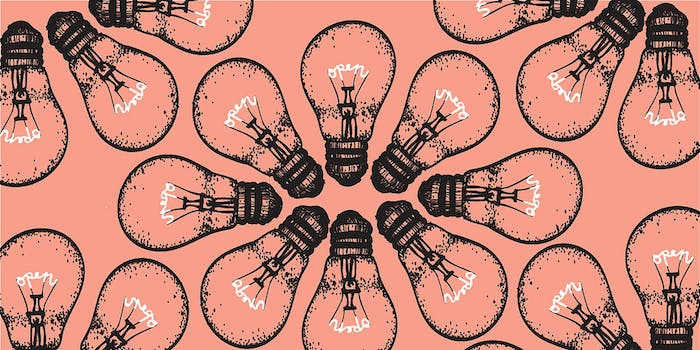 The growing pains of being a transgender ally

I’ve always been proud to call myself an LGBT ally. During my senior year, I was one of four proud members of the GSA at my Midwestern high school, and in college, I joined diversity clubs and marched in Pride. But all that support and understanding usually went to the L, G and B part of the community with the T usually kind of falling off, due to a lack of knowledge and understanding on the subject of transgender people.

I had gay, lesbian and bisexual friends. I had real life examples of the complexities and diversity of these identities, but I didn’t know anyone who identified as transgender or transsexual. I had never even seen a trans character on TV.

I vividly remember the first time I saw Katelynn on Real World Brooklyn. My boyfriend at the time was uncomfortable with her openness talking about her male to female transition. But I was fascinated. I wanted to know everything. When did she first “know?” Was she attracted to boys or girls? How much did surgery cost? My mind spilled over with questions.

A few years later, a friend of mine transitioned from female to male, who raised money for his journey on a Kickstarter-esque site. I now officially “knew” someone who was transgender, one brave enough to document his whole story, and my mind was again flooded. What did his girlfriend think of the transition? How were hormones affecting him? Was his family cool with this?

But more often than not I, as a cisgender woman, was only curious about the physicality of the transition, from hormones to surgery to new clothes. I knew what my body looked like as a woman, and I’ve been fortunate enough to closely examine a few male bodies in my day but, to put it bluntly, I wanted to know what trans bodies looked like naked.

When transgender author Janet Mock criticized Piers Morgan for asking her questions about her body, I felt defensive, as it felt like my own curiosity was being questioned. Of course, the world wanted to know. Of course, that is what a reporter would ask. Why was that not okay?

But then as Morgan handled himself so egregiously, I saw something wicked spring up in his angry reaction and others’ hate-filled tweets. I began to feel like I was misunderstanding a community, and I felt that ping of ally panic—that feeling that as hard as you were trying to understand your privilege you had missed something huge and possibly hurt someone in the process.

I began to ask myself: Had I been wrong to be so curious about the “trans” body? Was I guilty of the othering the T? Even though I was asking myself these questions, I already knew the answer was yes.

That answer sat hard within my heart; knowing I had misunderstood because I sat with ears closed in a place of privilege was an uncomfortable truth for me. But I also knew this moment of discomfort was what we all needed to get to a place of better understanding.

So I began to listen to Mock (and others from the trans community) explain why these types of questions were upsetting, unsettling, and unnecessary. During her much-discussed Katie Couric interview, Orange Is the New Black actress and transgender activist Laverne Cox eloquently explained how focusing on trans women’s bodies reinforces the objectification of the community. But for me, model Carmen Carrera put it best: Carrera straight out told Katie Couric that she wouldn’t answer questions about what Couric had called Carrera’s “private parts.” Why? Because it was personal.

This was a lightbulb moment. Of course, it’s personal. I would have the same reaction if anyone ever asked me the shape or size of my vulva lips.

As a cisgender woman, though, no one asks me these questions. My experience with my gender, while not exactly the same as every other woman’s, is still the norm. I don’t have to explain my private parts to people. I don’t have to answer when I “knew” I was a woman. I never have to come out to my family nor do I have to retell the story to any curious cis person who asks. I have the privilege of being born physically with a sex that matches my gender.

With this privilege comes the belief that it is somehow acceptable then to ask and probe into the lives of those who are not the norm. That is what Piers Morgan and Katie Couric did on their shows. However, the difference is Morgan continued berating Janet Mock in a childish Twitter rant, whereas Couric invited Laverne Cox back on the show to talk specifically about the issues. The invitation essentially told Cox: “I get it now. I made a mistake and I’m ready do better.”

Laverne Cox’s second Katie Couric appearance was an important “teachable moment” in helping privileged allies understand a bit more about trans identity. We got to see Couric go through the growing pains of being a privileged ally. Katie Couric’s willingness to screw up and then come back to try to understand gave us all the ability to screw up with her and be better allies.

What I am finally beginning to understand is that focusing on the physicality of a transgender individual just reinforces our society’s obsession with biological sex matching gender; it reinforces the idea of what a “normal” body should look like. It is an obsession that leaves very little room for gender questioning young people to explore their bodies and gender. And in the end, gender for many trans individuals has very little to do with genitalia and everything to do with finally feeling comfortable in an identity, feeling at home in their gender—however they define it.

But what I really need is to spend more time listening and less time probing for information. Of course, I still have questions, many of which are born from privilege, but my questions do not take priority over the trans community telling their story authentically and in their own words. By focusing on the privileged interrogation of the cisgender community, we frame the story of the trans community—we say what is important, what we will listen to and what we won’t.

Photo via opensourceways/Flickr (CC BY S.A.-2.0)