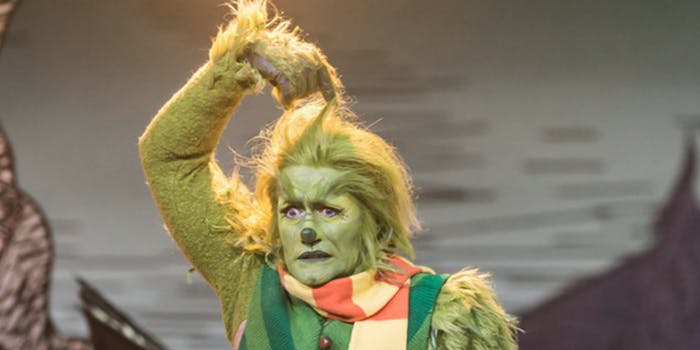 What did GrinchTok think of the cursed ‘Grinch Musical’?

NBC’s The Grinch Musical aired last night, after a month of memes and threats of legal action regarding the casting of Glee alum Matthew Morrison, who recently revealed that his Grinch was partially inspired by Joaquin Phoenix’s Joker.

The reviews are mixed: Twitter had thoughts about Morrison’s farting, vaguely sexual Grinch. But to get a true sense of The Grinch Musical‘s cultural impact, you’ve got to check in with TikTok.

While some people were definitely into the Morrison Grinch, others were more cutting in their assessment. Reviews ranged from “topical cruise ship acting” to “I don’t feel safe.”

But what did GrinchTok—the side of TikTok devoted to Grinch cosplay and thirst traps—think of the musical? A survey of the major accounts shows it pretty much ignored the musical. GrinchTok stays on brand.