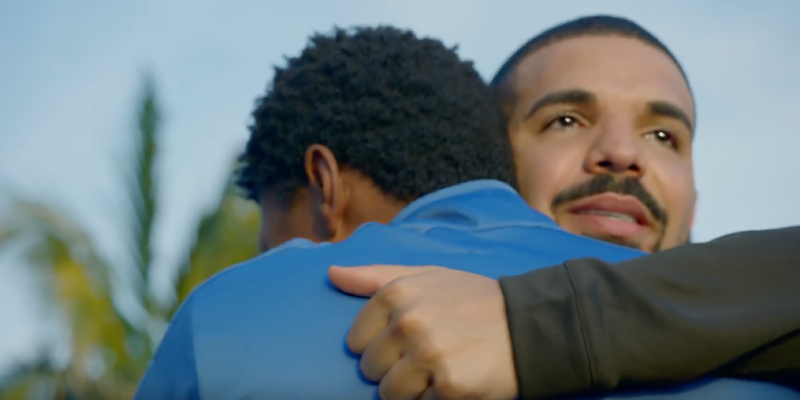 Drake is a meme for life.

About six months after releasing his More Life mixtape, Drake returned to the spotlight with “God’s Plan.” But the song didn’t have as big an impact as its video, which showed Drake giving away his million-dollar shooting budget to overjoyed strangers. “God’s Plan starts playing” has now become internet shorthand for a big-hearted or generous moment, whether you mean that sincerely or ironically.

The meme seems to have ramped up in late February, with good jokes like this one:

“I will…… sir you still owe another seventy do-“

It’s been a minute since Drake, who’s such a human meme that he once joked about it on Saturday Night Live, has starred in a genuinely huge internet meme. (Cat Drake, a variation of the 2014 “Drake Approves” memes, popped up during his comeback this month, but it wasn’t a brand new format.)

“God’s Plan” has changed that, though. It’s a straightforward meme that anyone can use—just use this GIF from the video and crack a joke about benevolence and charity. There are literally hundreds of these tweets now, and some of them have hit 100,000 likes:

Me: “Is your ice cream machine working?”

Me playing #Fortnite: "I don't have any building supplies."

“God’s Plan starts playing” has gotten so big that even #brands are doing it now:

Friend: Can I have a bite of your sandwich?

A meme like this was always destined for mainstream “normie” status—most of the examples are either mildly heartwarming or jokes about being broke, and those things are the bread and butter of Twitter humor. It’s also not “edgy” or offensive in its content, which makes it easier for brands and popular “clean” Twitter accounts to co-opt. Drake’s status as an uncontroversial, mainstream celebrity with appeal across racial and gender lines doesn’t hurt either.

This might not be the kind of joke people are still making by the end of the year, but it’s certainly a worthy addition to the canon of Aubrey Drake Graham’s career as a walking, talking meme.