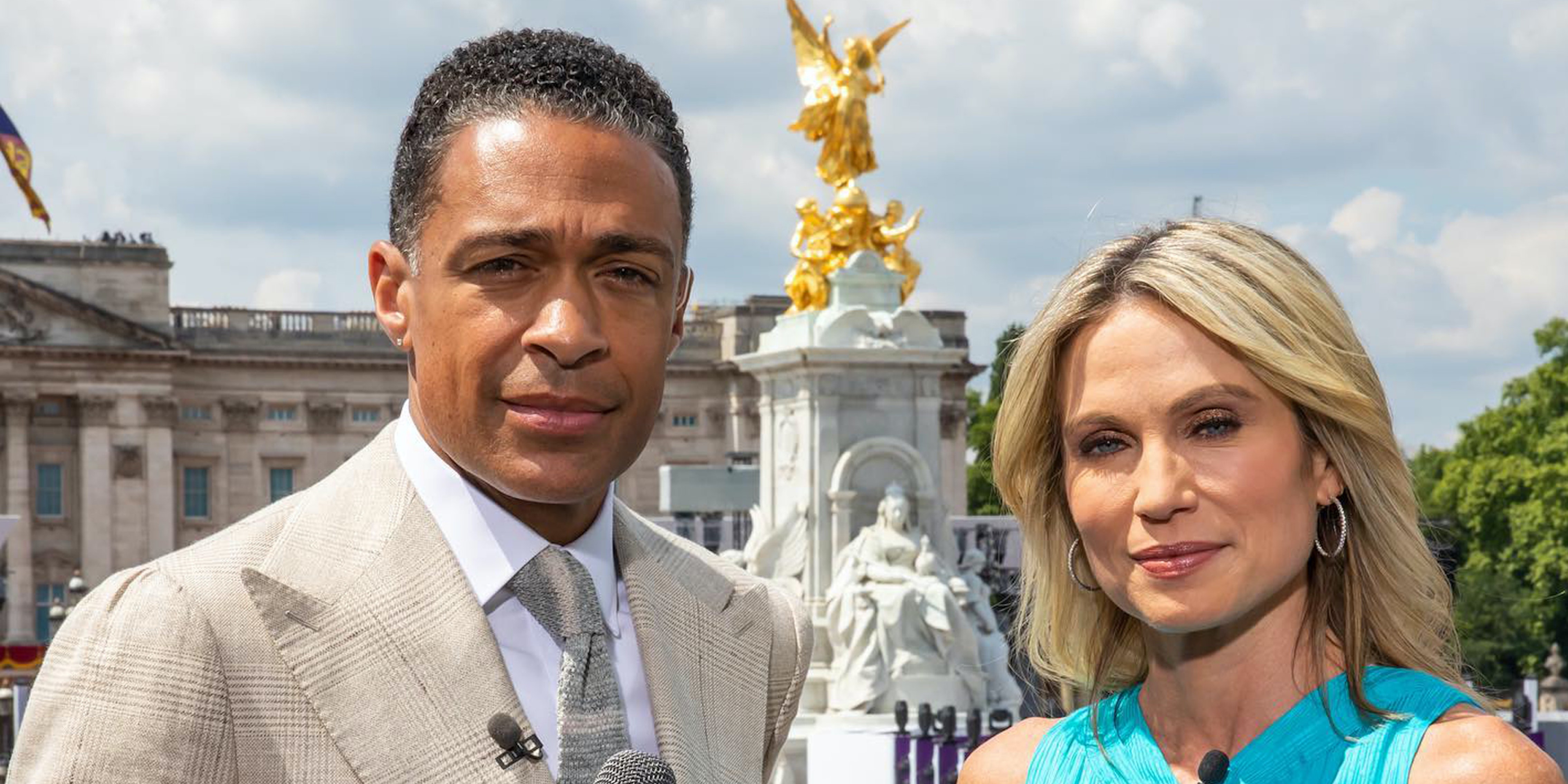 The internet is enraptured with the ‘GMA’ scandal

They both separated from their spouses in August but may have started dating earlier.

The internet loves rubbernecking around a cheating scandal involving at least one semi-famous person—just look at the interest in Adam Levine and the Try Guys. But in a move that could’ve easily come straight out of a Morning Show plotline, it’s putting the spotlight on two co-hosts of America’s biggest morning show.

On Wednesday, the Daily Mail reported that T.J. Holmes and Amy Robach, who both regularly appear on Good Morning America, have been dating for months, and the article includes several photos of the pair together around New York City and away on a vacation in the Shawangunk Mountain region over the past few weeks.

The start of the relationship differs depending on the source: Page Six says it began when they started training for the New York Marathon in March, the Daily Mail says it began when they covered the Diamond Jubilee in June, and People has “inside sources” who say that their romance didn’t start until after they both left their spouses—Holmes is married to attorney Marilee Fiebig, Robach to actor Andrew Shue—in August.

An old post from Holmes about Fiebig on their 10-year wedding anniversary in 2020 also went viral, both for the hypocritical wife guy energy from someone who allegedly cheated on his wife (depending on when the relationship began) and Holmes’ claim in the post that he “gave her plenty of reasons, excuses, and opportunities to walk her fine ass out the doooooooor.”

Both Holmes and Robach deactivated their Instagram accounts. Robach’s Twitter is still online, but she doesn’t appear to use it often; her last tweet was in May.

While Holmes and Robach are household names in that they’re both anchors on the most popular morning talk show in the U.S., people who don’t watch GMA might not know who they are. When it comes to a potential cheating scandal involving semi-famous people, knowing who the person is has nothing to do with the amount of interest the story itself garners. The result is internet catnip.

An October 2020 tweet, in which @QB84 wrote, “TJ Holmes and Amy Robach must be bumping pelvises,” was resurfaced for having “predicted” their relationship well before it began.

Some people wondered what the environment within GMA might be like now that Holmes and Robach’s relationship was out in the open.

But mostly, people took to making jokes about some of their previous reporting (particularly from Holmes), how bad they were at hiding their relationship and the high-quality photos that emerged and speculation about how the photos and video came to be.

Their fellow anchors didn’t address the relationship on Thursday’s show. But Mindy Kaling, who showed up on GMA to promote the new season of The Sex Lives of College Girls, managed to obliquely reference the affair when she joked that she was the reason “Good Morning America” was trending on Twitter.

“Good Morning America is trending because of my appearance on it, right?,” Kaling wrote.