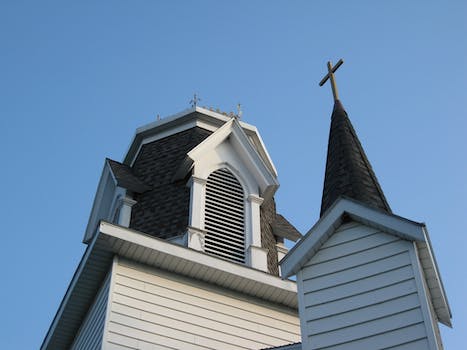 20 annoying social media habits to give up for Lent

For the next 40 days, see if you can be a far more pleasant member of your online community and sacrifice one—or all—of these 20 common practices.

Each year, the Catholic faith asks its followers to do one simple thing (or burn in hell): give up.

Feb. 13 marks Ash Wednesday on the Catholic calendar. In addition to adorning the foreheads of the faithful with the remnants of burnt palms, Ash Wednesday also marks the beginning of a 40-day stretch of time known as Lent. During Lent, which ends on Easter Sunday, Catholics are urged to sacrifice something to commemorate the 40 days and 40 nights Jesus Christ fasted in the desert.

For example, Pope Benedict XVI gave up the papacy for Lent. He obviously doesn’t know how it works.

Since many fill their day-to-day lives with online activities, many Catholics opt to sacrifice something along such lines for Lent. Many will choose to give up Facebook, for example, which lasts a grand total of about three hours.

While we at the Daily Dot know that it is virtually impossible to give up entirely on the various online communities to which we belong, there are still some sacrifices to be made. For the next 40 days, see if you can be a far more pleasant member of your online community and sacrifice one—or all—of these 20 common practices. 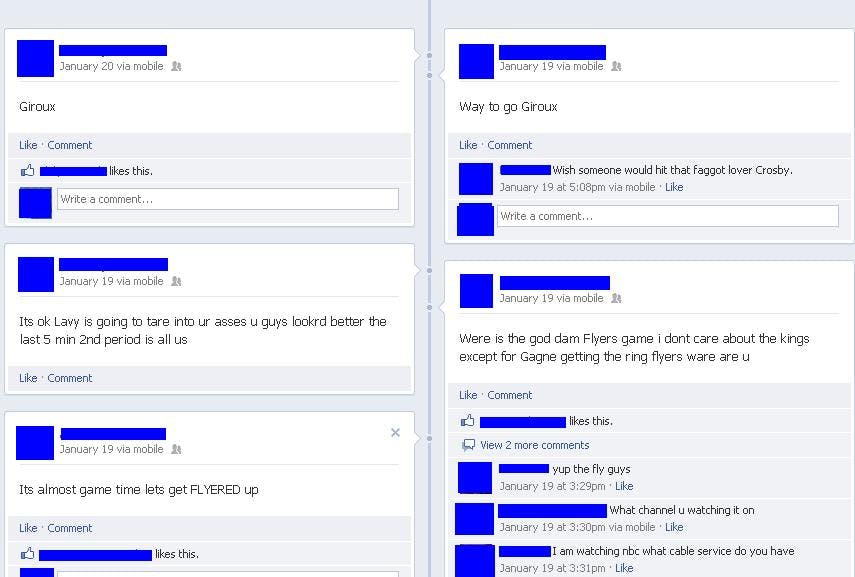 You should really know better by now: Bill Gates is not giving you money. You cannot see who unfriended you. The Nigerian government does not want to use you as its official money laundering service.

Give Up Posting Someecards

First of all, daytime TV producers are furious with Someecards, seeing as how they steal all of the attention away from their bread-and-butter audience: bored housewives. Moreover, unless you would personally say the message in the graphic—as opposed to passively posting it on Facebook to incite virtual drama—just stop. Your subscriber count depends on it.

Give Up Live Updates of Major Events

You can start this almost immediately with the Feb. 24 Oscars telecast. Your status update bar is not meant to be used for constant comments every 15 minutes during large-scale events like games, award shows, plane crashes, weather, etc. Put the phone down, close the laptop, and simply enjoy whatever is being broadcast on your TV.

Give Up Conversing in the Comments

It’s nice that a longtime friend liked—or even commented on—your latest photo or status update. Guess what? It is still not an invitation to begin a 17-line conversation in the comments that looks like an instant message program transcript. Leave such exchanges to private messages or—this is a novel concept–IRL communication.

It doesn’t work. It will not happen. No one cares. Just stop it.

Do you fill your entire IRL existence by spewing forth quips, quotes, and other thoughts initially conceived by complete strangers? Of course you don’t. You speak what is on your own mind. This Lent, try doing the same on Twitter. You have 140 characters; take advantage of it.

Oh, you had a $3 slice of iced lemon pound cake at Starbucks with your overpriced latte? Guess what? No one cares. No matter how delicious your sustenance looks, it is in no way worthy of vintage filters and thick white borders.

Give Up Foursquare Check-ins

On Foursquare, there is an adorable little checkmark box next to the “Share on Twitter” option. UNCHECK IT. Your followers do not care what badges you unlocked or that you just walked into the local diner. Have you ever considered commenting or remarking on your location instead of simply sharing it via bot?

Give Up Tweeting Jokes

First of all, most jokes are older than time itself. Whatever observation Louis C.K., Jim Gaffigan, or Betty White made was likely observed decades ago by Robert Klein, Mark Twain, or Betty White. Try your own attempts at humor. While you probably won’t be respected for your wit, you will be revered for your originality.

Give Up Formulating Thoughts in Hashtags

If you wish to complete a thought, here’s an idea: Complete it in English! Try tweeting this: “I love Pepsi. Carbonation makes me feel fuzzy.” That way, we can see far fewer examples of “I love Pepsi. #carbonationmakesmefeelfuzzy.” No one can read that, and no one is scouring Twitter for 27-letter categories. 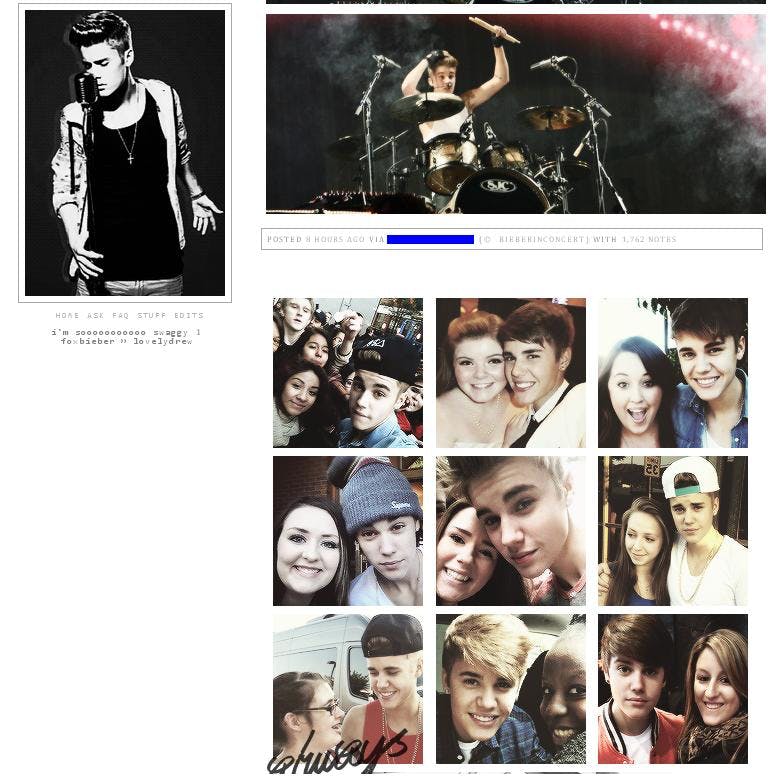 Give Up Reblogging More Than 20 Times per Hour

It’s very understandable that you like to share the various pieces of flair posted by your followers. No one is disputing that. However, you don’t need to fill every second of every minute of every hour hitting the reblog button. Space out your reblogging efforts. You will find yourself with 40 years’ worth of content as a result.

Give Up Reblogs of Any Post Featuring Justin Bieber, the Twilight franchise, The Office, 30 Rock, or Game of Thrones

Believe it or not, there exists an entire world full of popular culture and inspirational quotes that predate 2010. While Bieber, Twilight, and Co. may be enjoyable for as many as two nanoseconds, their continued worship through reblogged images makes us wish that every last trace of their existences are buried in the Pacific Ocean.

Give Up Begging for Followers

First of all, people are already following you! Furthermore, no great online works achieved their almighty statuses by announcing their desire to collect followers like Pokemon.

Give Up Reblogging a Massive Amount of GIFs

Many Internet users already had to suffer through MySpace, when merely accessing someone’s page that was loaded down with 9,000 moving images crashed every computer in the house and surrounding community. Express yourself through words or at least files ending in .jpg! 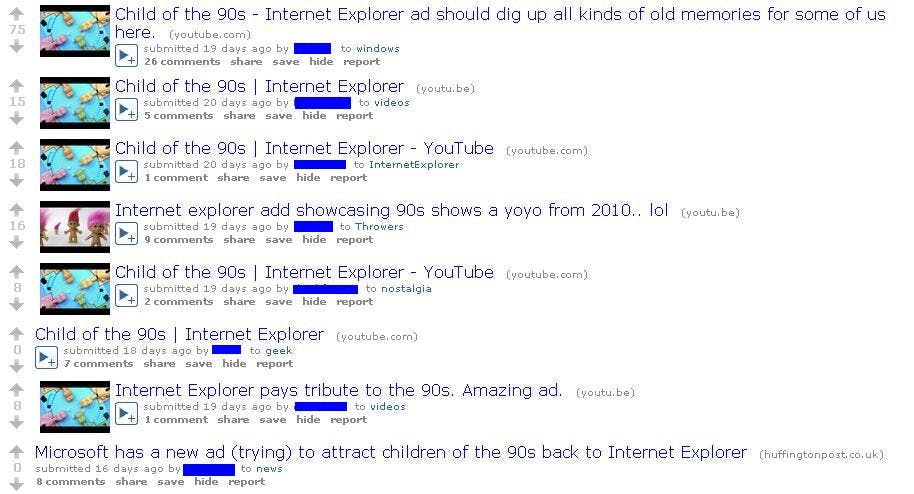 Give Up One Meme

It’s pretty sad when a retainer-wearing Goosebumps enthusiast can express your thoughts better than your own words can.

Everyone has his likes and dislikes. Must you ensure that every last link posted to Reddit never sees the light of day, however? Only if a link clearly violates the subreddits standards should you award it a downvote. Leave your personal feelings out of it.

Give Up One Default Subreddit

Reddit power user andrewsmith1986 advises new redditors to immediately unsubscribe from the default subreddits and instead focus on the often friendlier small subreddits. For a mere 40 days, see if you can distance yourself from the spam attempts, drama, and other crud that litters everything from r/pics to r/WTF.

The Internet is an infinite entity! Surely there is something out there that no redditor has ever seen! Do a little research before posting the umpteenth link to the latest viral video or awe-inspiring photograph. Accept the fact that someone out there beat you to it.

This question has gotten so popular that some AMA hosts, including Bill Gates, have answered it before even being asked. It may have been original when first posed, but now it merely screams “I have nothing better to ask.”