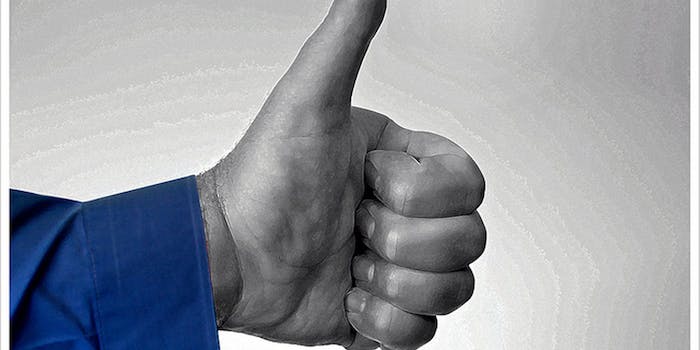 There seem to be an infinite number of groups with the same name: "1 million likes and I will [fill in the blank]."

In the past week, two Facebook pages belonging to the genre “Give me a million likes and I’ll [fill in the blank]” made headlines after actually collecting 1 million likes on Facebook: a page called Twogirlsandapuppy, made by children whose father promised to get them a pet; and a photo of Petter Kverneng, who found a girl willing to sleep with him if he collected enough likes.

We’re not sure if the founder of the Facebook page “1 million likes and I will run down the street naked” was inspired by such a news story, but as of press time, his page, founded on Jan. 22, has already collected more than 700 likes in just a few hours.

If it’s going to be newsworthy anytime such a page collects a million likes, then the next such page to make headlines might be “1 million likes and my dad quits drugs. Please help,” which has almost a quarter-million likes so far. The dozens of new posts appearing every day say nothing about drug use or of family dysfunction, just typical celebrity gossip, memes, GIFs, and spam.

The page “1 million likes and my girlfriend wont get an abortion” was started 19 months ago, on June 26, 2011. No word on whether the girlfriend had the baby, got an abortion, or actually exists.