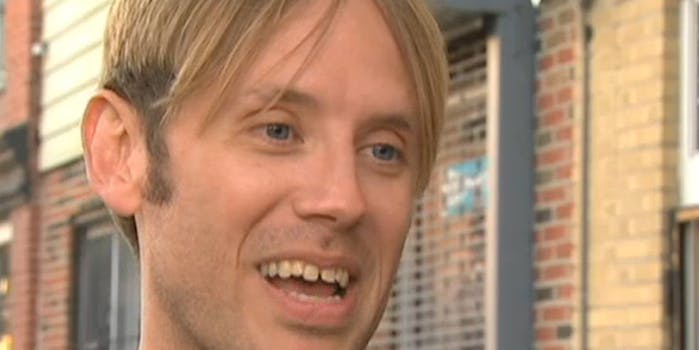 Despite Reddit's best efforts, it was good old-fashioned police work (and some Instagram stupidity on the suspect's part) that saved the day.

Redditors and fans of Thursday tried to find the man who robbed singer Geoff Rickly. But it was good old-fashioned police work and some stupidity on the suspect’s part that saved the day.

Rickly told this week how he was robbed of his iPhone, iPad, and cash at gunpoint in Brooklyn. Friends and fans rallied behind him, offering support and donations through his Bandcamp page. The suspect gave a hell of a clue to his identity by signing up to Instagram using the phone, alerting Rickly’s Facebook friends in the process.

The suspect included a photo of himself in his Instagram profile. While redditors tried to track him down, Rickly passed the image to police. Sure enough, 911 Operator, an anonymous Twitter account with a strong track record in reporting news, flagged the suspect’s arrest Thursday morning.

The arrest was also reported by music news blog Property of Zach. One person who reblogged the post added this perfect West Wing quote:

“In 13 years with the Bureau, I’ve discovered that there’s no amount of money, manpower, or knowledge that can equal the person you’re looking for being stupid.”