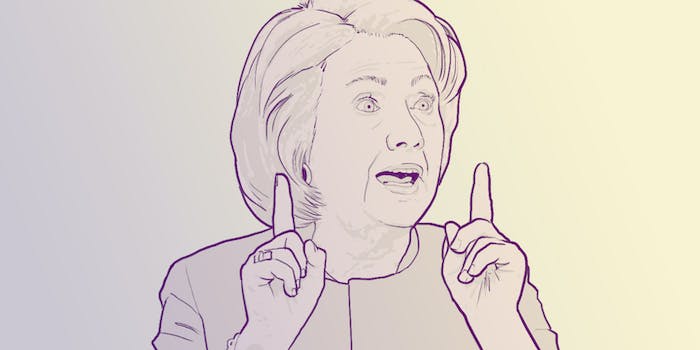 Let's replace them with a format that actually works.

As Twitter and Facebook return to normal after the latest presidential debate, it’s worth considering what all the fuss was about. Debates have become must-see TV in the social media era: Each of the four GOP debates so far have broken ratings records for their respective networks—because of the opportunity to share important moments, fact-check candidates’ statements, and offer our own snarky commentary. But as the debates have become more popular, their inherent futility has become all the more apparent.

What CNN or Fox News calls a debate is hardly what anyone else means by the word. What the major parties call debates are just opportunities for the candidates to recite punchy sound bytes they’ve memorized or to plagiarize themselves; Sen. Marco Rubio’s (R-Fla.) biggest moment from last night’s Fox Business Network debate was taken verbatim from his stump speech. If that contest was widely considered the best presidential debate thus far, this is proof that we need to kill the debates and replace them with a format that actually works.

Sure, candidates sometimes clash over ideology, but what is remembered most about debates has little to do with policy; these exchanges speak to the power of panache more than they do to facts or issues. Consider the great debate performances of past generations: Nixon’s sweat-laden face, Reagan’s famous one-liners, or Lloyd Bentsen’s historic takedown of Dan Quayle. Each of these moments earned their place in the political hall of fame not for what they added to the political discussion but for their iconic style.

This has only gotten worse—as the viral Internet increasingly drives interest in the debates. According to Google Trends, which started tracking searches during the debates this year, the most-viewed moments from this week’s GOP debate all included candidates going head-to-head (Rubio vs. Paul on military spending, Trump–Kasich on immigration) or gaffes (Ben Carson on the Middle East).

But nevertheless, the buzz generated on social media has made debates more important to the political atmosphere than ever. Poor debate performances have ended the presidential aspirations of  Democratic contenders Jim Webb and Lincoln Chafee, as well as Scott Walker, Rick Perry, and likely Jeb Bush on the GOP side. The debates have also solidified former Secretary of State Hillary Clinton and CEO Donald Trump as bonafide frontrunners.

Despite this, political scientists have questioned the focus on debates for years, with a Rasmussen study showing little movement between poll standings in September of a general election (when the first debate is typically held) and Election Day. That’s because debate preparation has rendered debates functionally useless. Donald Trump attracted notice when he announced he wouldn’t be rehearsing for the first GOP primary debate in August. This offers a stark contrast to candidates like Jeb Bush, who debated stand-ins to mirror predicted responses from other candidates.

The scripted nature of most debate performances is exactly why Twitter craves spontaneous moments, but breaking this cycle is difficult. At the CNBC debate last month, moderators asked a grab bag of questions no candidate could have practiced for—including topics as varied as H1-B worker visas, federal involvement in 401(k) retirement plans, the General Motors ignition switch recall, and fantasy football. For their troubles, CNBC’s anchors were lambasted online and insulted by the GOP campaigns for practicing “gotcha” journalism.

The campaigns were able to complain about the format of the CNBC debate because they have become too comfortable with a debate style that rewards giving your stump speech over being challenged.

In contrast, Hillary Clinton’s 11-hour testimony before the House Select Committee about Benghazi was the most comprehensive interrogation of a political candidate in recent memory. Looked at as an interview for the Oval Office, Clinton’s effortless composure displayed her talents more than any debate could have dreamed. New York magazine’s Jonathan Chait called it a chance for Clinton to “prove that she is an informed, hard-working, sober-minded policymaker” on Twitter, and NBC praised how “Clinton answered the questions and gave the committee no red meat and many reasons for Democrats to rally behind her.”

She managed that all while facing a full day’s worth of detailed questioning about her tenure as Secretary of State, the Obama administration’s plan in Libya, and the controversy over her private email server. Compare her testimony before the Committee to the presidential debate she had attended just the previous week—at which she received acclaim precisely for not answering questions.

Such a format could cure every problem with the modern debating system. A sustained grilling would give each candidate would get ample, equitable airtime—with thorough, substantive questioning—and the candidates would be forced to talk about their policies and ideas for the future of this country in great and vast detail.

To an extent, this has already been attempted. The GOP hosted a “forum” in early August, inviting the candidates to give opening and closing statements, while answering a few questions in between. More notably, Rachel Maddow hosted the “First In The South” Democratic forum—which invited former Maryland governor Martin O’Malley, Sen. Bernie Sanders (I-Vt.), and Hillary Clinton for a series of one-on-one interviews. If we strip away the softball nature of these occasions and create a more pointed—but still professional—atmosphere for the candidates, such forums could be the venue for the serious discussion and brutal honesty missing from debates.

Politics will always be a boring, humdrum affair—and we need to embrace that. Cable networks refuse to admit this and promote debates like headline boxing matches, but the longform hearing could be the perfect antidote. Such an event is too comprehensive to capture only but the most devoted viewers, but they can be digested through the blogosphere via fact-checkers, transcripts, and videos that highlight the most important moments. After all, despite Clinton’s 11-hour marathon of questioning, it was the clip of her coolly laughing off ridiculous questions that likely won her the White House.

If our debates have gotten too big, it’s time to let them fail.