10 crazy things that will happen if Tumblr users reach 500,000 notes

A Tumblr user whose mom promised to buy her a fluffy chicken if one of her posts reached 500,000 notes has inspired plenty of imitators.

Earlier this week, we told you how Tumblr celebrated Fluffy Chicken Day after reaching well above the 500,000 notes that Tumblr user thatsmoderatelyraven needed to convince her parents to buy her an, erm, fluffy chicken.

It seems on Tumblr, dreams really do come true—and ever since Tumblr came through for one girl and a chicken, Tumblr users have been lining up to capitalize on one another’s good will with the “My mom says if this gets x notes, then…” gambit.

So far the humor has been rife around Tumblr at the proliferation of note-grabbing posts. But the results are an interesting way of gauging where Tumblr’s priorities are. Here are just a sampling of the attempts to cash in on the trend we’ve seen around Tumblr–some tongue-in-cheek, some serious, and some somewhere in between:

The most popular versions of the meme indicates that Tumblr has its priorities firmly in place. 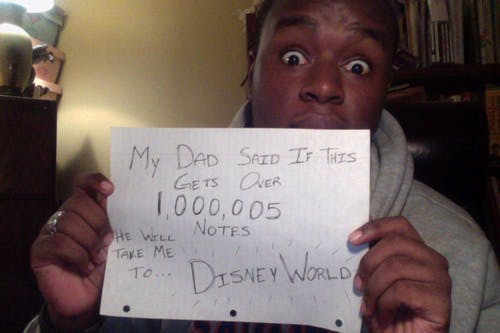 “It’s worked for white people, I figured I might as well give it a shot.” 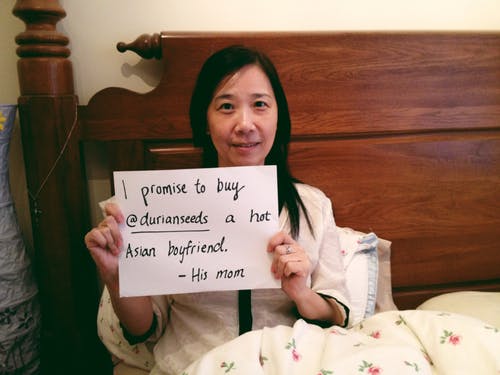 “my mom said if this post got 50,000 notes she would buy me a hot asian boyfriend

she says there’s no way that tumblr cares enough

Naturally, fandom is getting in on the act, too. 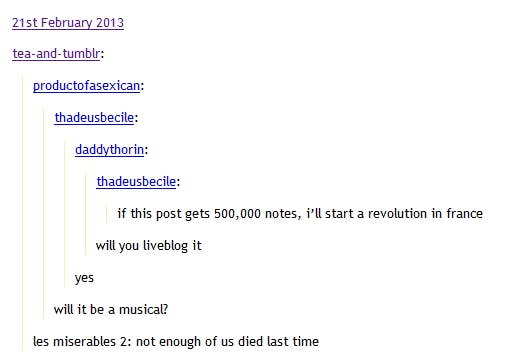 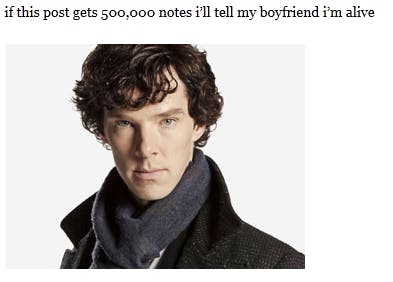 But fandom is clearly, uh, lying down on the job where it really counts.

But perhaps we spoke too soon.

Sending Tumblrites to meet loved ones seems to be popular.

“my parents said if this post gets 700,000 notes then they will (attempt to) send me to america to finally meet my best friend!!!

i know 700,000 is a stretch like damn gurl but hey plane tickets cost a lot and they know you can get 500k for a chicken so”

Then there are the less, er, desirable outcomes. 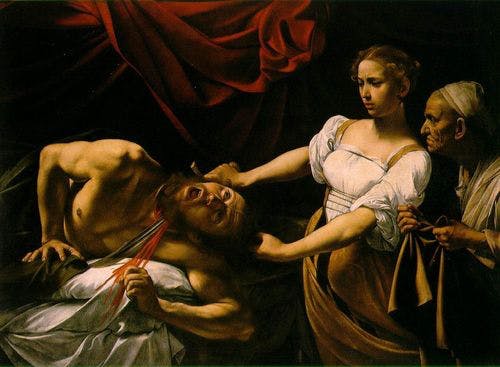 “my mom said if this post reaches 200,000 notes I can have the head of Holofernes on a silver platter to adorn my misandry cave is this how this meme works?”

…but we’re not sure if this is a good thing.

Then again, even attempts to subvert the subversions of the memes are getting play… 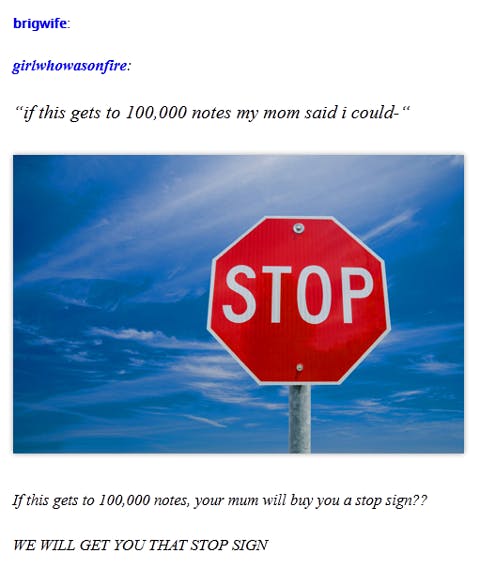 …And drawing attention to real problems:

But if this petition gets 500,000 signatures we can get federal laws preventing rapists from suing for custody/visitation of their victim’s children.

How about putting in an effort to Operation We’re Finally Taking Rape Seriously?”