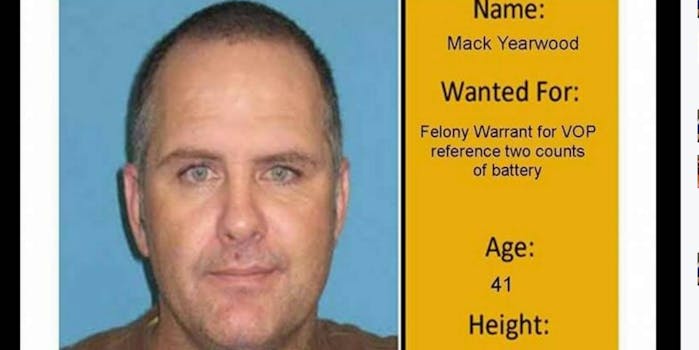 That's not even the worst part.

The struggle for a good police mugshot is real.

In recent months we’ve seen “Fine Felon” Jeremy Meeks launch his modeling career and a teen fugitive request that a local news station swap her mugshot with a more flattering photo. If you’re lucky, I suppose, you end up with a photo that you might want on a driver’s license, or in the case of one Florida man, as your Facebook profile pic.

After responding to a disturbance call last Monday, police in Stuart, Florida, arrested Mack Yearwood for violation of probation on two counts of battery. According to the Stuart Police Department’s Facebook post about the incident, it was Yearwood’s Facebook profile pic, which used his “Wanted of the Week” poster, that tipped officers on the scene to his status. 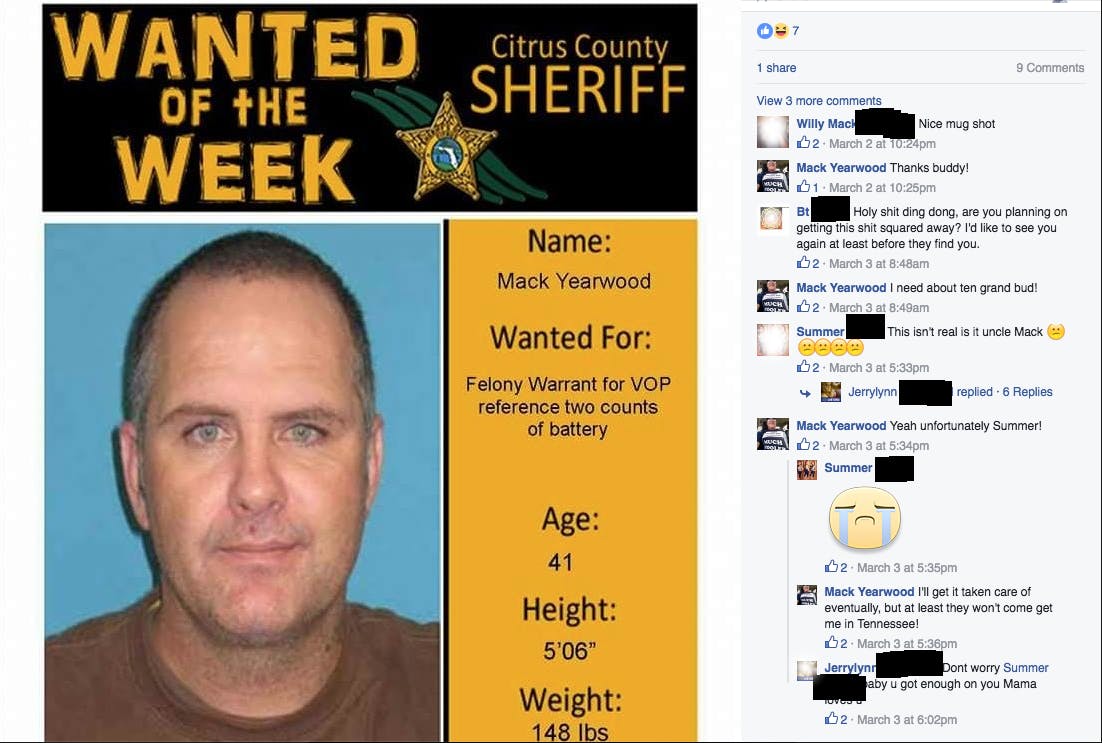 It gets worse. Yearwood apparently asked police if he could put on some pants, only to have a bag of weed fall out of his pocket in the process. That slip landed him an additional charge of possession of cannabis under 20 grams.

While there’s not much sympathy to be had for Yearwood, you have to feel bad for his niece, who found out via Facebook her uncle was a wanted man.