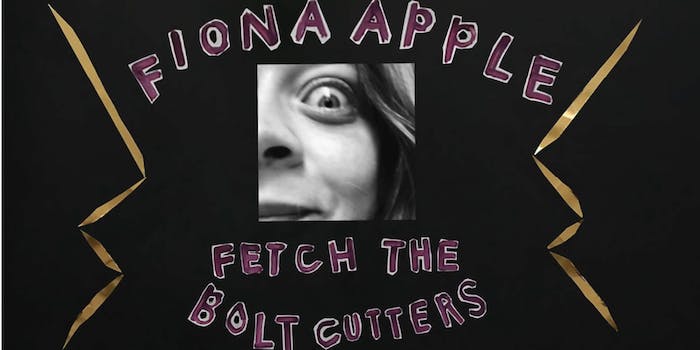 The memes were fetched.

Fiona Apple’s first album since 2012, Fetch the Bolt Cutters, was released on Friday and the stans would hear no slander. Fans took a personal day to consume and assess this document. It was surreal: At one point on Friday, Apple was trending on Twitter under “Liberate the USA” and “Liberate America.”

Fetch the Bolt Cutters, which was inspired by a line in the Gillian Anderson thriller The Fall, is a call to liberate, as much as one can right now. The reactions gave way to memes, of course. There was commentary on the title, which has taken on new meaning during our isolation.

There was a more specific meme about the song “Shameika,” which recounts Apple’s experience being bullied in school, though one classmate, Shameika, who “wasn’t gentle and she wasn’t my friend,” told her she had “potential.” She told Vulture about the memory and that after reading a recent New Yorker article, her third grade teacher sent her a photo of Shameika and an essay she wrote.

And there were more general feelings of community and understanding and reverence for Kate Bush and dogs.

And TikTok reacted in its own way.