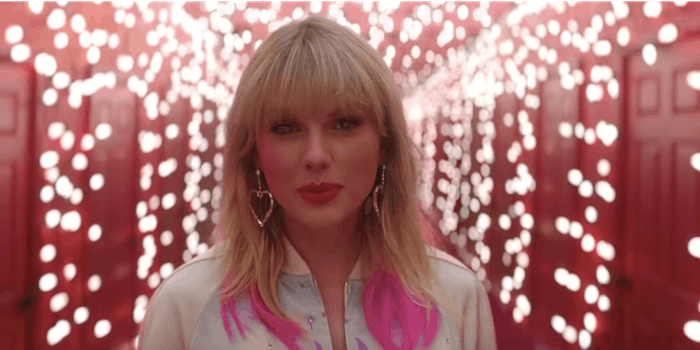 ‘Who the f*ck is Tool?’ Fans freak over ‘unknown’ band dethroning Taylor Swift

'Omg wtf are they big or something?'

Tool hasn’t released an album in 13 years. But on Aug. 30, the group released the new 10-song album, which has performed superbly on the charts. A week ago, it reached the No. 1 spot on iTunes’ top album sales. Meanwhile, Swift released Lover after a two-year gap after her last album reputation. Lover is currently No. 1 on iTunes and the Billboard chart.

Swifties are thrilled with the success of the new album, and they are not ready to lose the coveted spot. They took to Twitter to rally support for the album.

“Keep streaming guys! This band Tool is dropping a new album after 13 years (lmao 13) is okey but.. We still have a chance!” one stan wrote, urging others to continue streaming Lover.

Through their rallying calls, it became apparent that swifties have no idea who or what Tool is.

“Who the fuck is TOOL? and can they move their fat ass like genuienly no idea who that is am i the only one??????” one questioned.

Another was “shook” by the length of their songs upon doing more research on Swift’s valiant competitor.

“Apparently they were really big in the ’90s,” a stan account wrote.

16 year old Taylor Swift fans who have no clue who Tool is freaking out that they’re gonna surpass her in sales (they will) is hilarious pic.twitter.com/TMj81gi6SQ

Omg wtf are they big or sth?

Needless to say, Tool fans–and people who aren’t crazy about Swift–are giddy about the Twitter fodder.

“Just made my day to find out that Taylor Swift fans are crying about Tool taking over the charts. Lolololol,” Twitter user @gilligilliam wrote.

Dads all around the world when they realize Tool is about to overtake Taylor Swift for that number 1 spot pic.twitter.com/XlRYmaqE4E

Just made my day to find out that Taylor Swift fans are crying about Tool taking over the charts. Lolololol pic.twitter.com/2uJuTSd1zt

Even if Swift loses her spot, she still had massive success. Lover had the most sales in the first week compared to any other album in the last two years, according to Forbes.