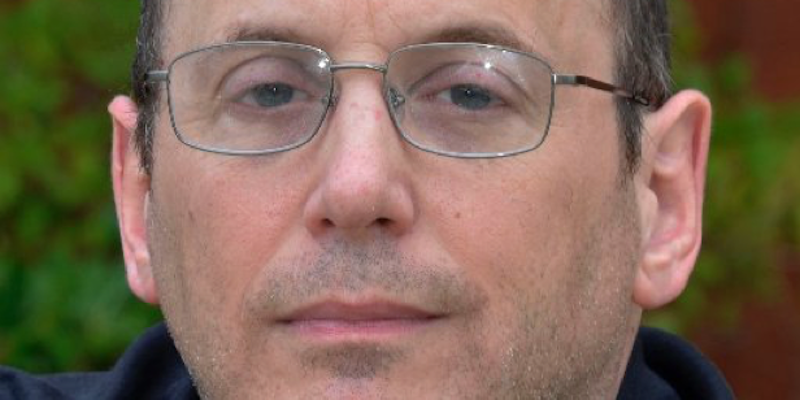 The incident happened in December 2016, amidst criticism of Eichenwald’s blustering, politically centered Twitter persona. Eichenwald was under attack online for bragging about telling a third-party voter, “You’re lucky it’s illegal for me to punch you in the face,” and for an incident involving alleged threats against a young journalist. Then he appeared on Tucker Carlson’s Fox News show, where he was raked over the coals for tweeting unproven speculation that Donald Trump had been committed to a mental institution in 1990.

On Dec. 15, @jew_goldstein, apparently reacting to the tweets featured on Tucker Carlson Tonight, wrote, “YOU DESERVE A SEIZURE FOR YOUR POSTS.” He attached a strobe-light GIF that, Eichenwald alleges, gave him a seizure. Eichenwald had previously written about suffering from epilepsy.

This is his wife, you caused a seizure. I have your information and have called the police to report the assault.

Shortly afterward, he temporarily quit Twitter, claiming he wanted to investigate the GIF-poster. That move helped him win the 2016 Shittiest Account on Twitter Tournament, which was decided by popular vote.

Eichenwald asked Twitter to reveal @jew_goldstein’s identity, but withdrew his motion in January because “we know who he is.”

In case of guy who caused my seizure, we've withdrawn only motion 4 twitter 2 identify him cause we know who he is. https://t.co/1xk1LEhxwZ

On Friday, Eichenwald tweeted that the suspect was in custody and facing federal charges, a fact Gizmodo later confirmed with the FBI in Dallas. Eichenwald claims the man will face additional charges from the Dallas District Attorney:

He currently faces federal charges & is expected to also be indicted by the Dallas District Attorney on different charges in next few days.

More than 40 ppl sent strobes once they found out they could trigger seizures. Details of their cases are with the FBI. Stop sending them.