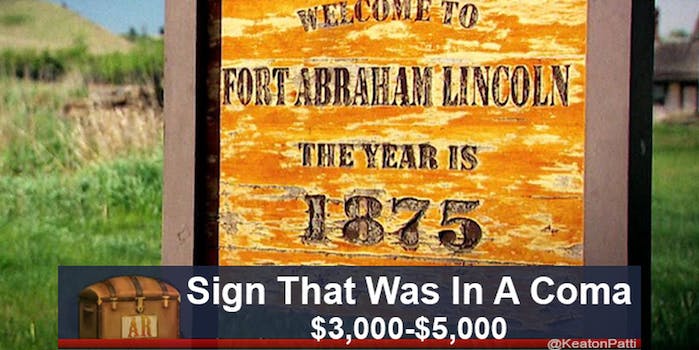 Turns out kids do come cheap.

Antiques Roadshow has been appraising obscure objects and making folks money for decades—and that’s just in the U.K. The show has gone global, with international versions popping up in Sweden and Australia as well as in the good ol’ US of A. And someone is finally giving it the roasting it deserves.

The fake appraisals are the product of Keaton Patti, whose uncannily bro’d out and Photoshopped Neil DeGrasse Tyson tweets kept fans wondering “Is this guy for real?”

Yes, yes he is. And he’s found the choicest moments of a show that celebrates hoarding to zero in on and mock.

Patti also roasts up TV chyrons, movie posters, and runs a series of “Commonly Spelled Words,” a video homage to his Tumblr name.Recently, Patti rounded up his favorite Antiques Roadshow appraisals for Funny or Die, including a statue that just found out it’s a statue and the worst owl, which fetches up to $20,000. The show itself has yet to respond to Patti’s parodying, but if it can keep viewers hauling in their junk in hopes of finding riches, then Antiques Roadshow may very well adopt a similar strategy as it heads into its next season.

Now that’s some creative appraising everyone can get behind.